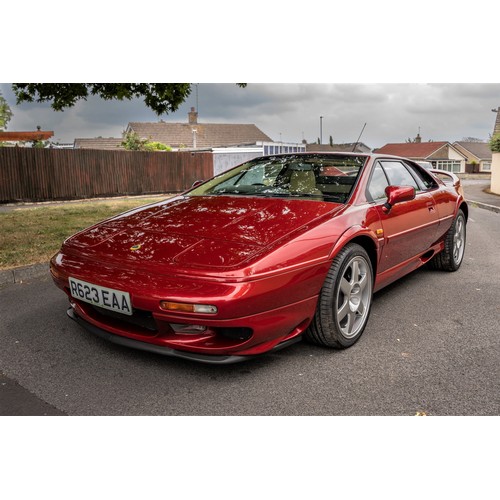 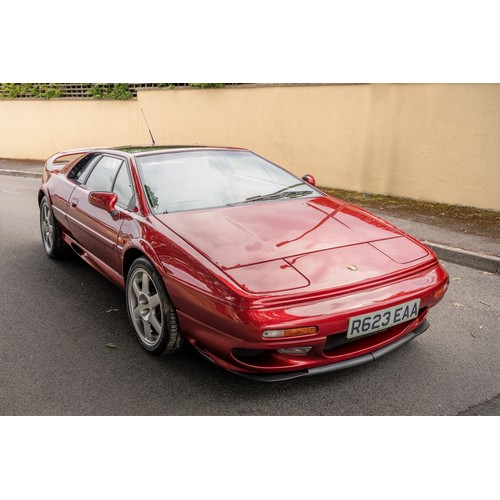 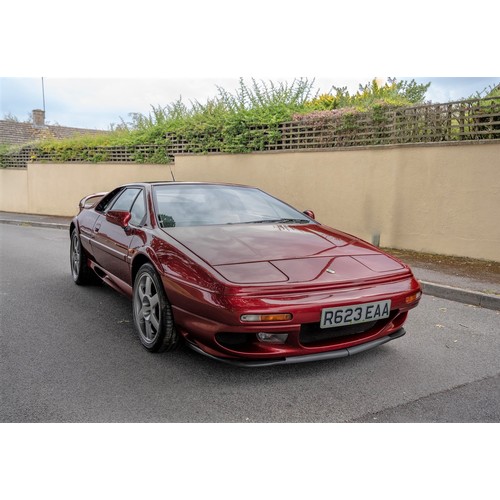 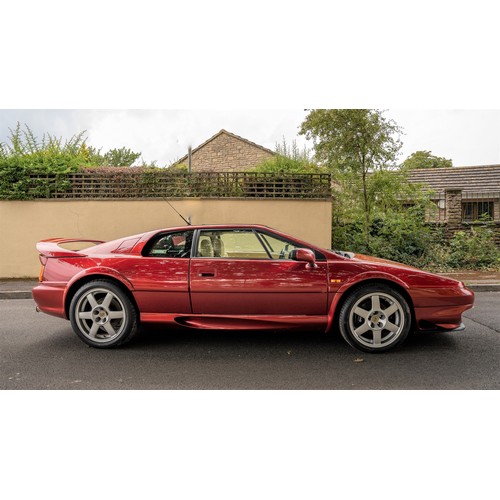 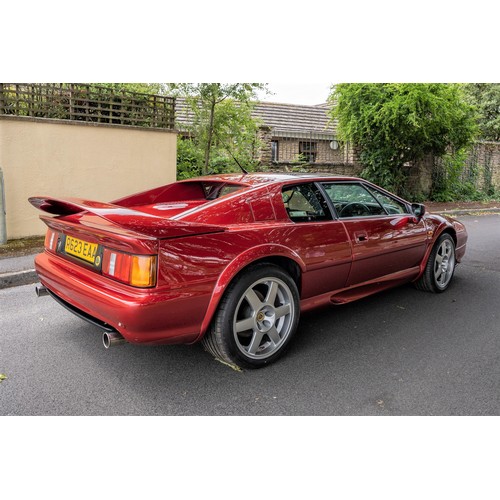 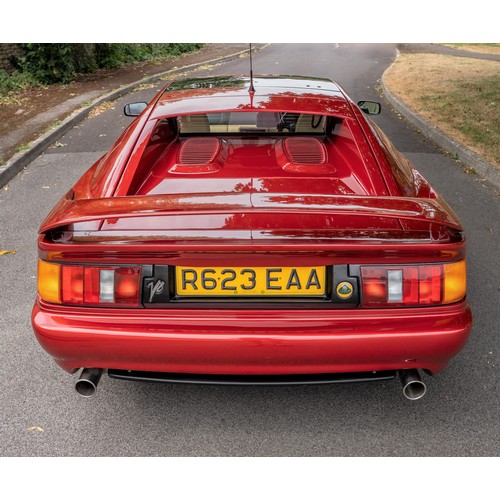 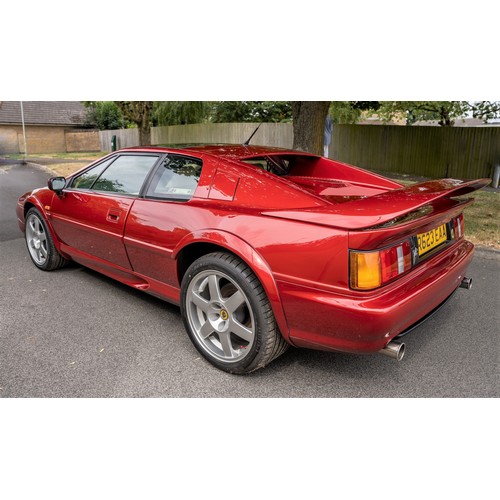 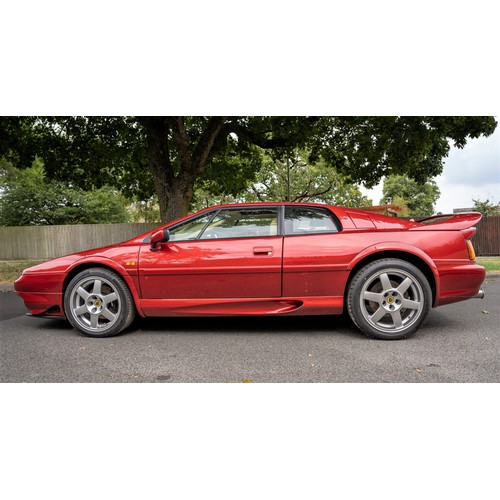 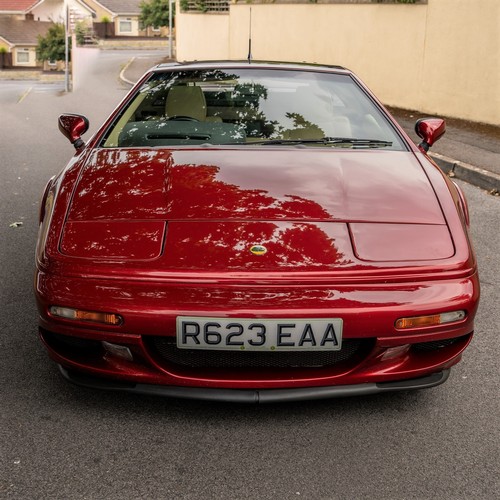 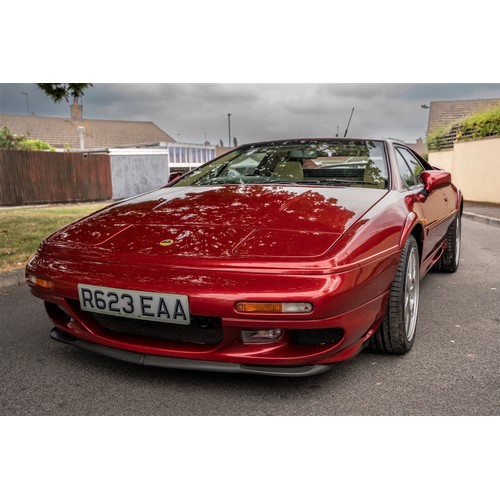 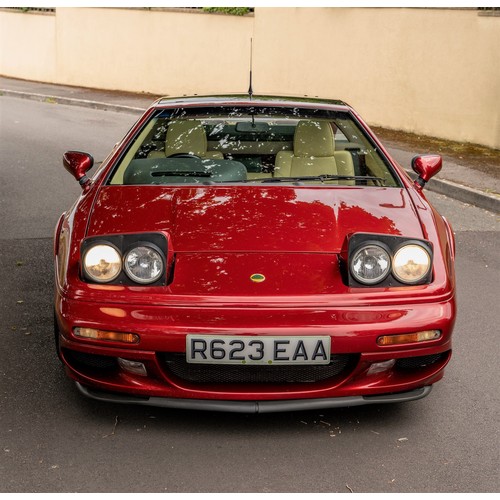 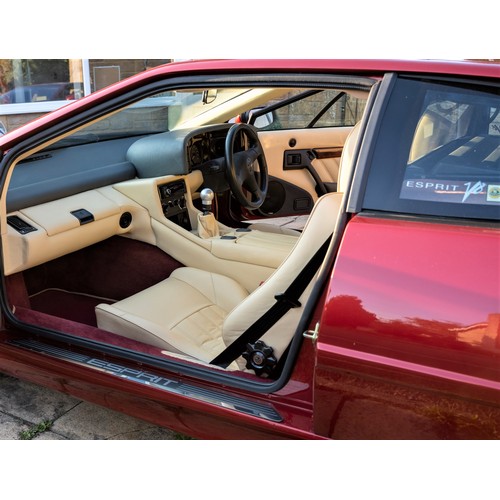 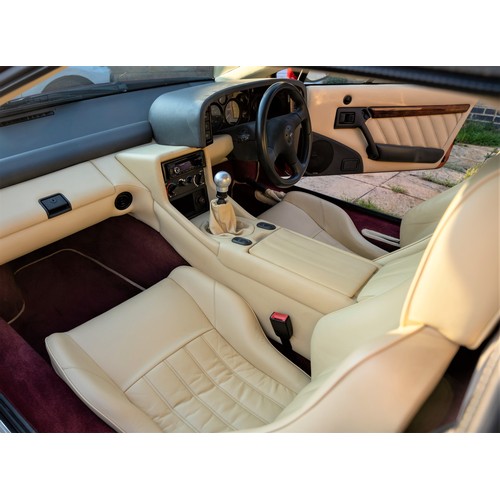 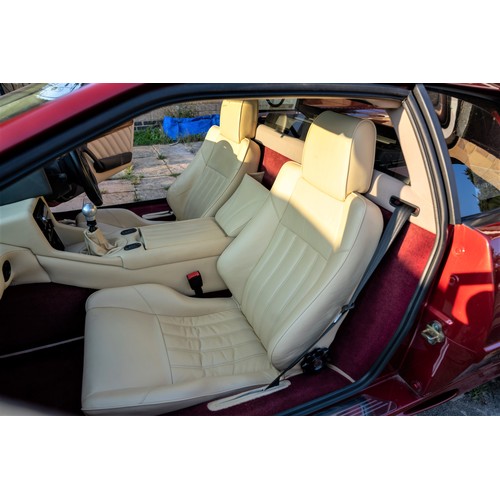 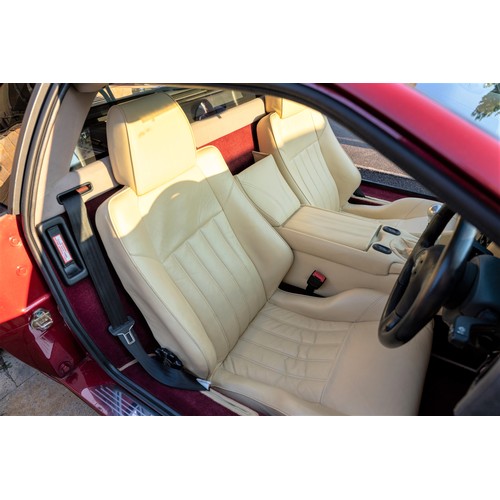 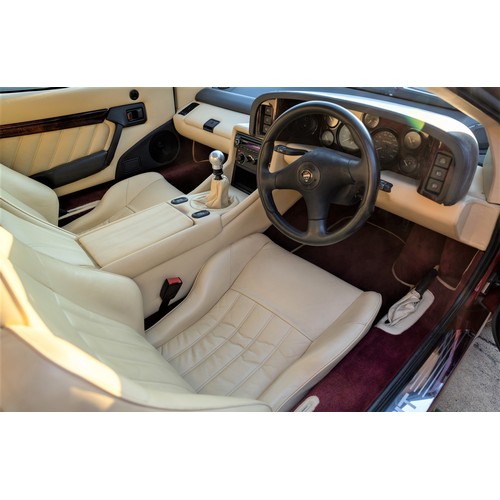 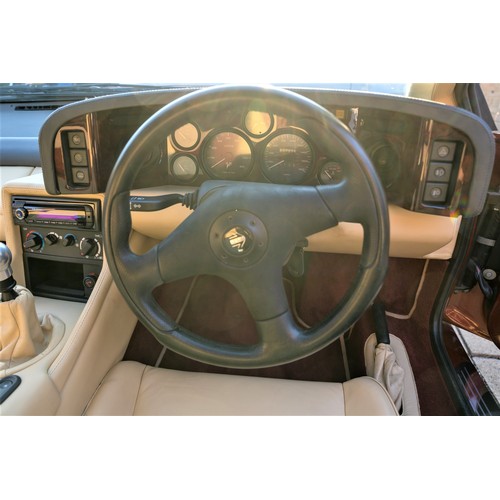 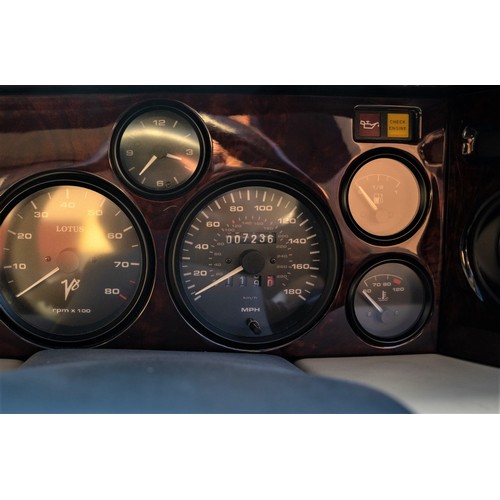 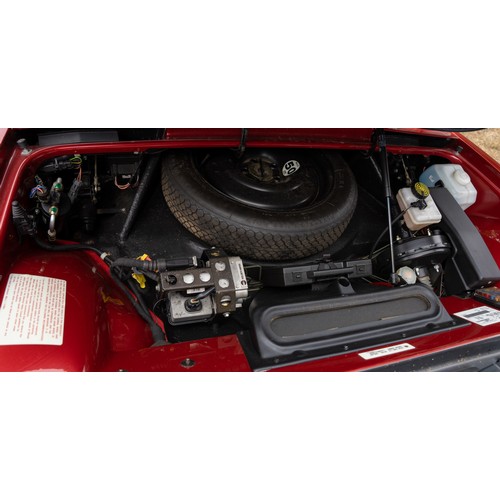 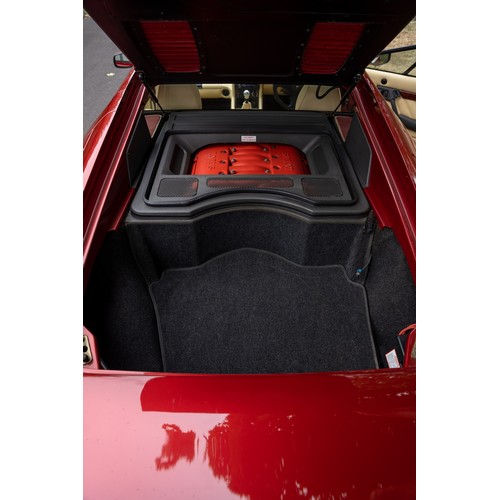 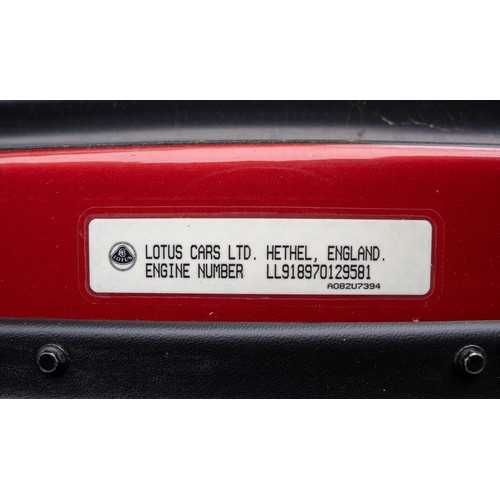 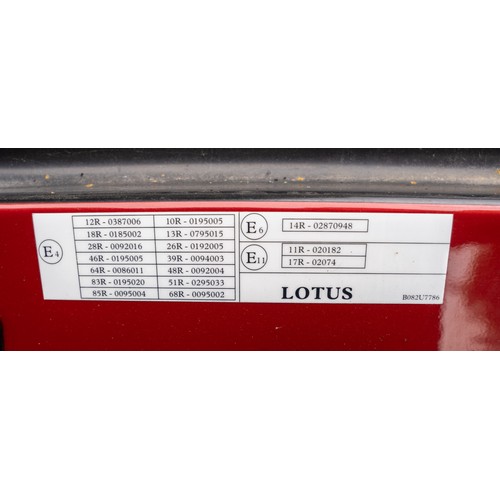 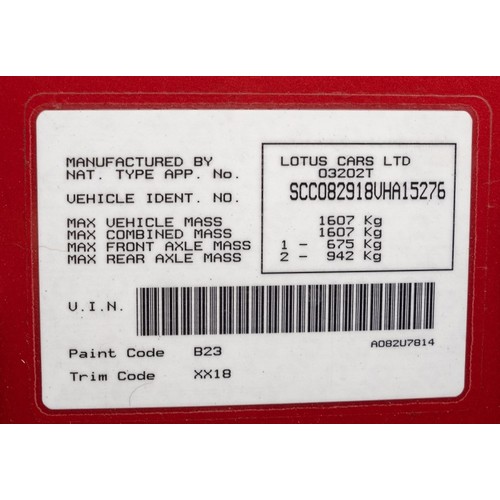 The silver Italdesign concept that eventually became the Esprit was unveiled at the Turin Motor Show in 1972, and was a development of a stretched Lotus Europa chassis. It was among the first of designer Giorgetto Giugiaro''s polygonal "folded paper" designs. Originally, the name Kiwi was proposed, but in keeping with the ''E...'' naming format of Lotus tradition, the name became Esprit.

For the S4 of 1993, Lotus designer Julian Thomson took another crack at keeping the Esprit relevant. The biggest changes were to the bumpers and the aero package, with a restyled rear spoiler. Engine output remained the same as the previous SE model at 264bhp, but in 1994 the Esprit S4 Sport arrived, with added engine modifications it topped a heady 300bhp from the 2.2-litre turbocharged four pot. The introduction of a V8-powered Esprit in 1996 was the biggest news in some time. The flat-plane-crank 3.5 litre engine was of Lotus design, fed by twin Garrett turbochargers, and driven through a modified Renault-sourced five-speed transaxle. The 0-60 sprint dropped once again, this time to the low four second range. A Sport 350 variant included bigger brakes, bigger aero bits, and stiffer suspension. A final facelift in 2002 by Russell Carr was the last major change for the Lotus Esprit, which ended production in 2004.

This wonderful low mileage Esprit V8 has been in the custody of just two owners from new, who between them have covered just over 7,000 miles in 25 years. First registered in November 1997, the Esprit was specified in rare Ruby Red metallic with a Magnolia leather interior and carpeting in red. One or two other options were specified such as a full sports exhaust system, glass sunroof (in addition to the factory item), and an Alpine CD player, as noted in the original bill of sale for £56,850.

The Lotus has been maintained correctly over the years, by Lotus Dealer Haydon of Salisbury at 1,644, 4,026, 4,453 and 5,548 miles, and latterly by leading Lotus specialist Cos De-Martino of Sportomotive in Bournemouth, who further serviced the Esprit at 6,404 miles, and most recently at 7,176 miles in 2017.

Currently reading a genuine 7,239 miles from new, this is a truly unique example of this model, which has been dry stored by our current vendor in the last few years. Offered with a UK V5C, stamped Lotus service book, a number of older MoT certificates and several maintenance invoices over the years, this genuine low-mileage example of one of the best incarnations of the legendary Esprit, is well worth a closer look. 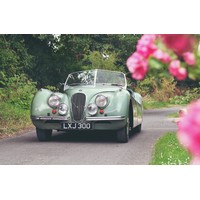 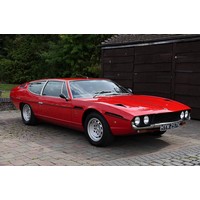