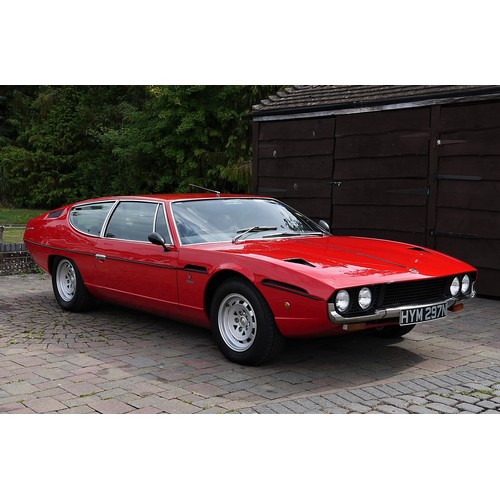 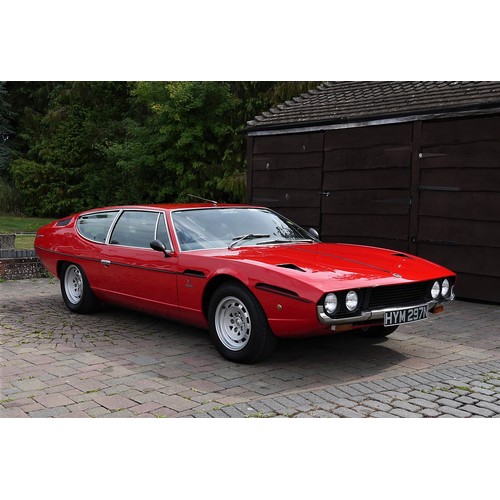 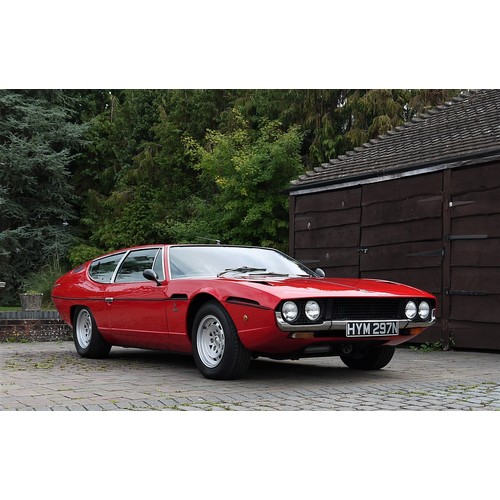 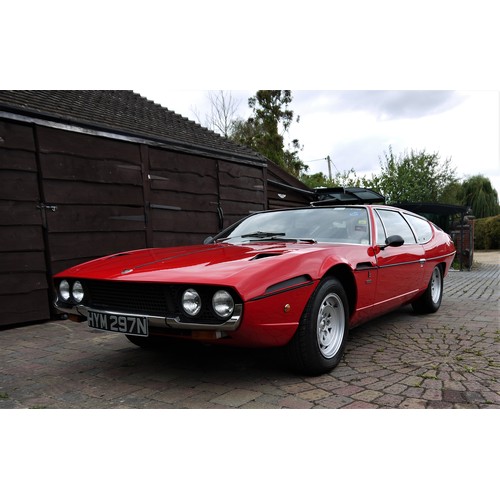 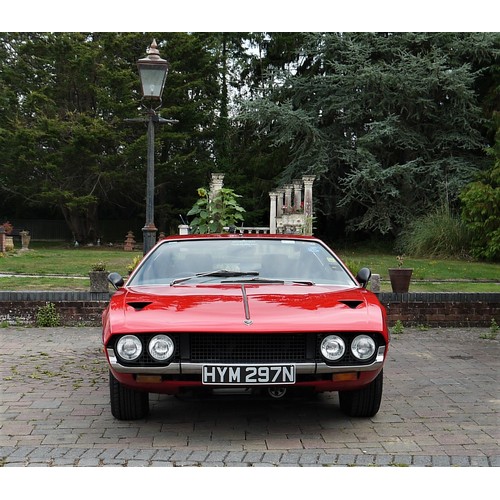 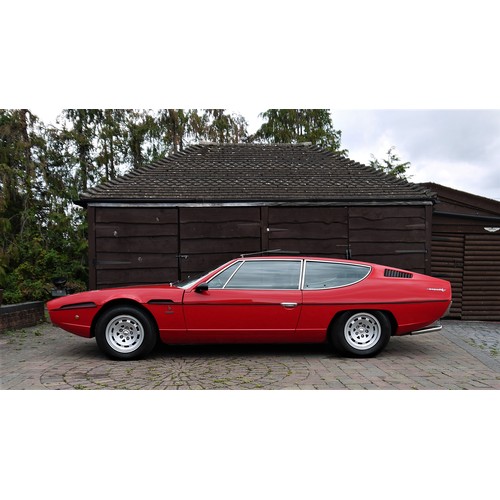 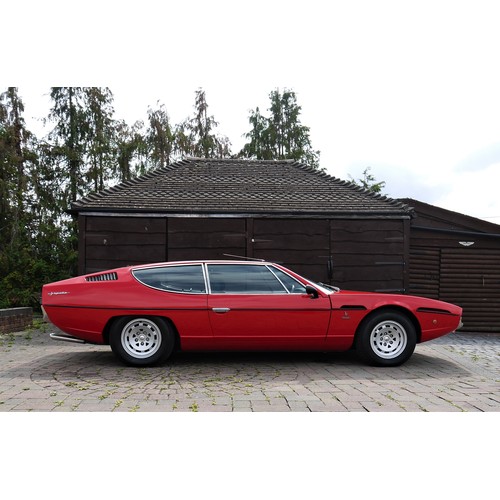 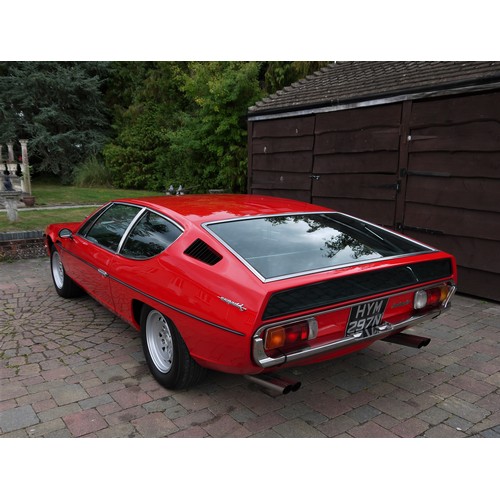 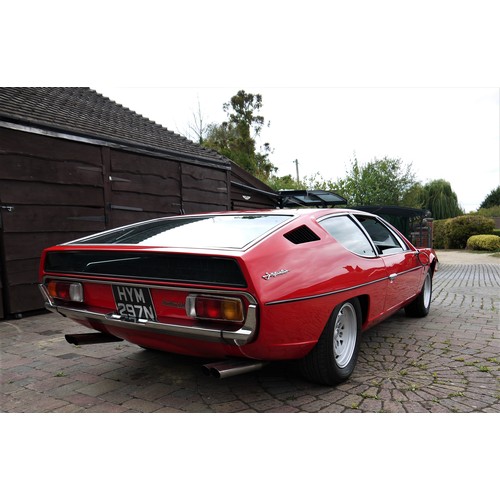 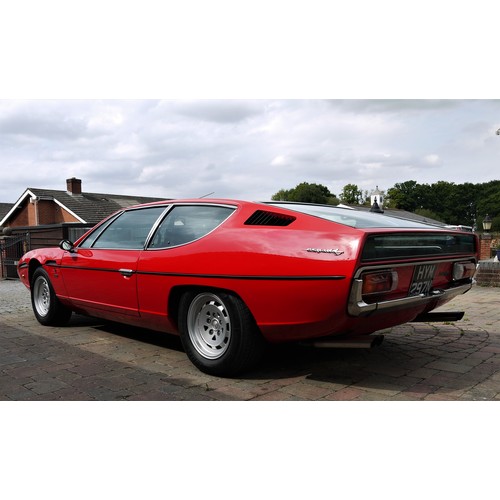 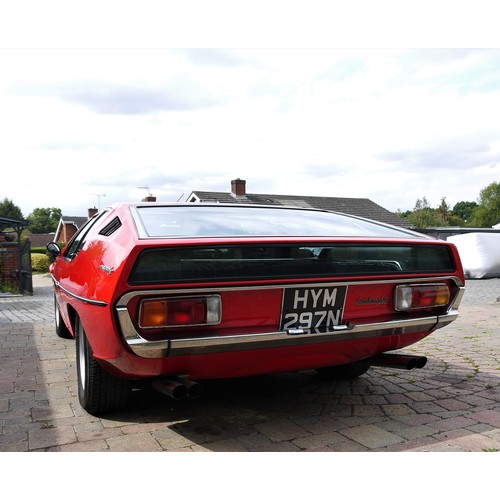 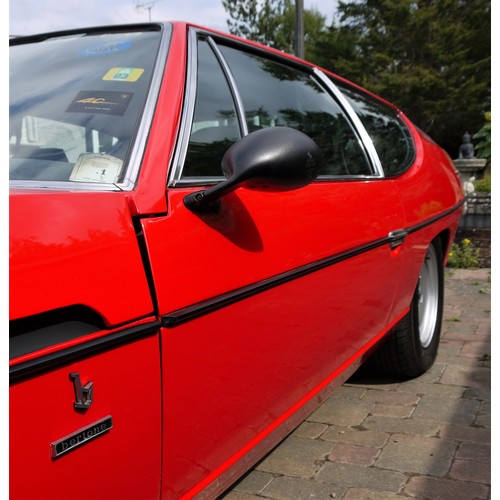 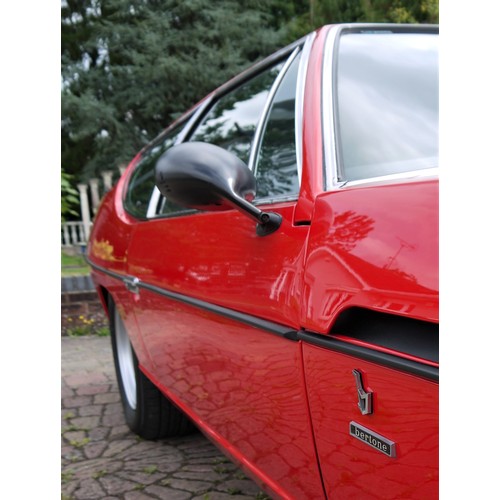 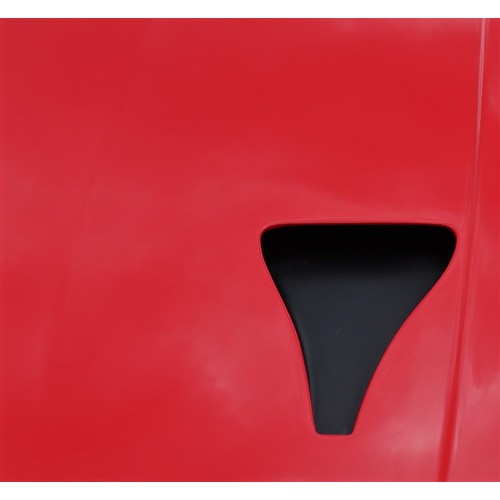 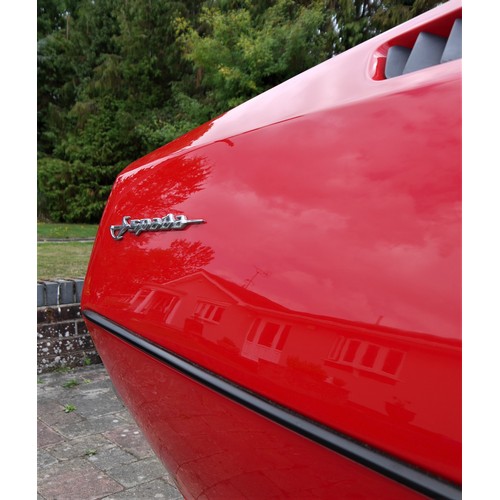 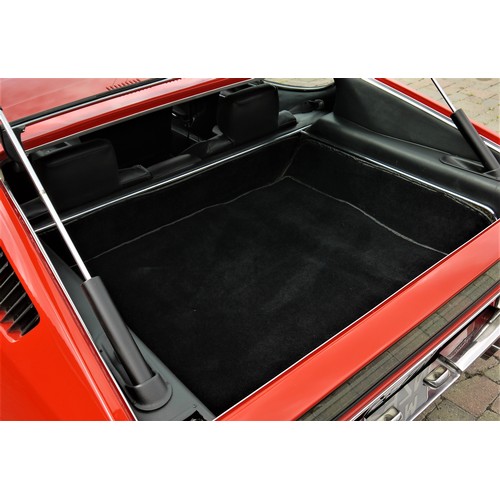 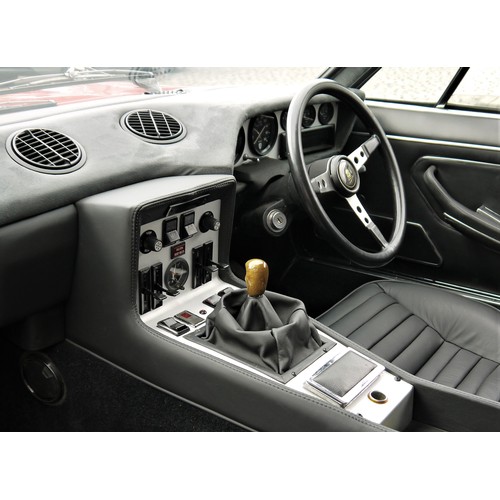 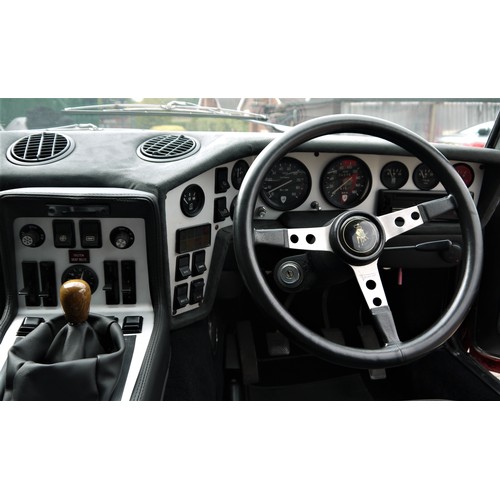 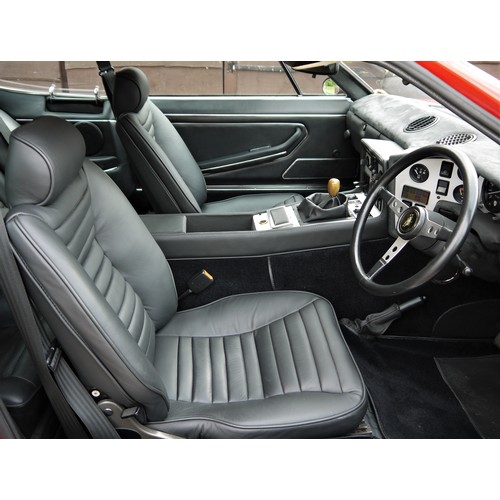 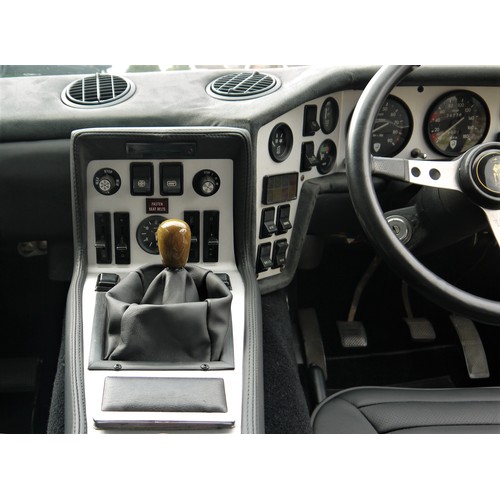 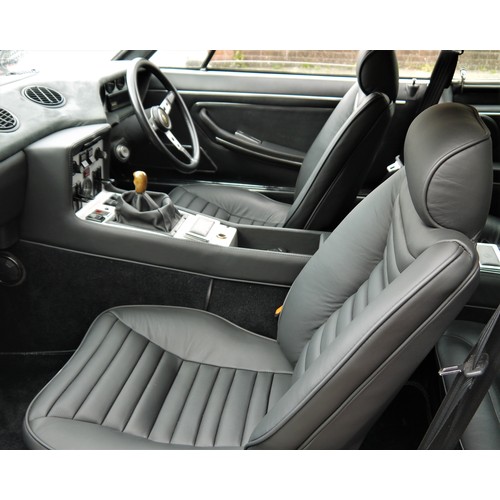 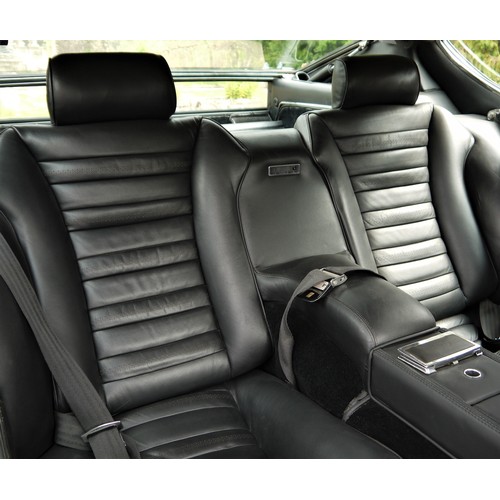 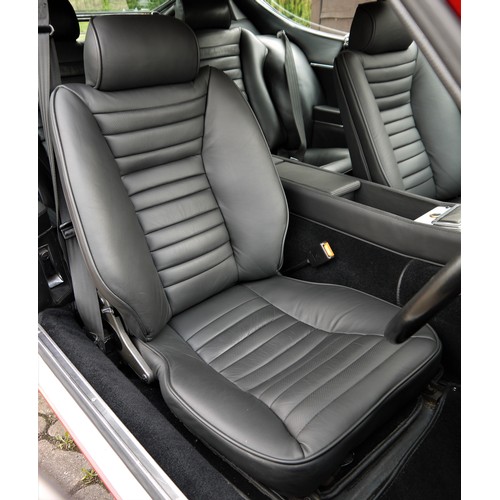 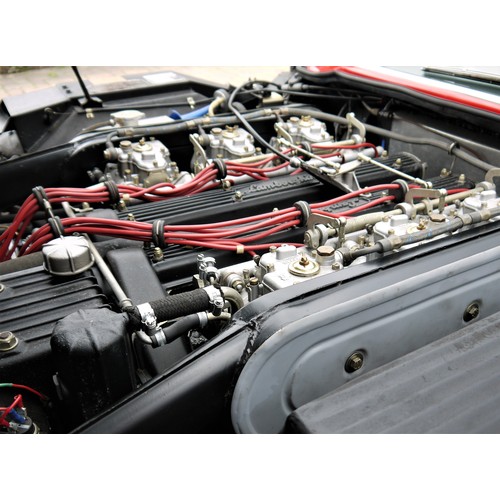 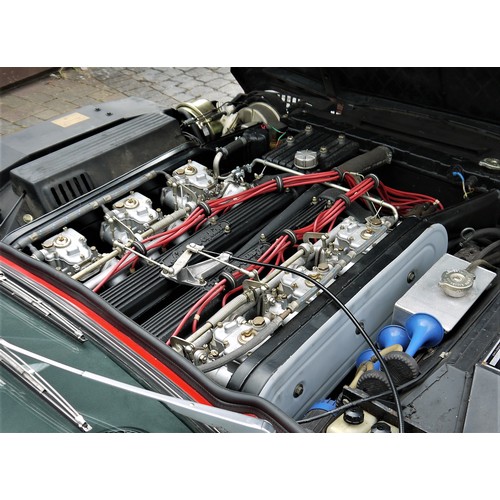 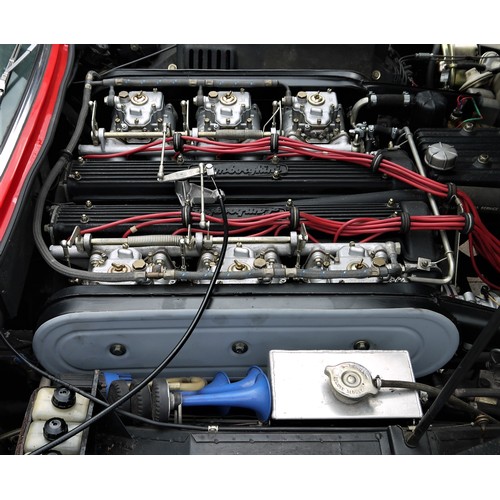 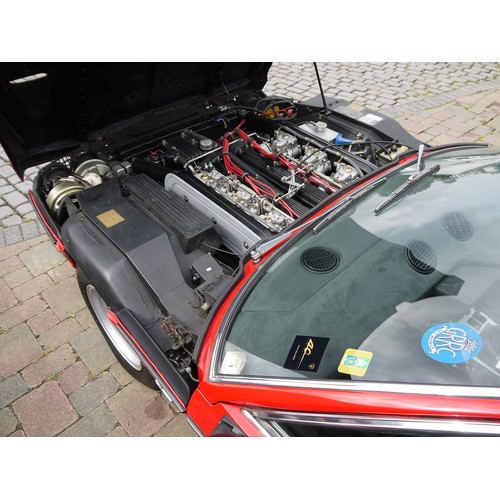 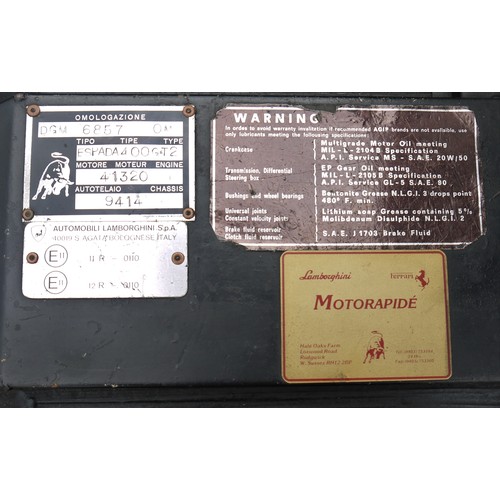 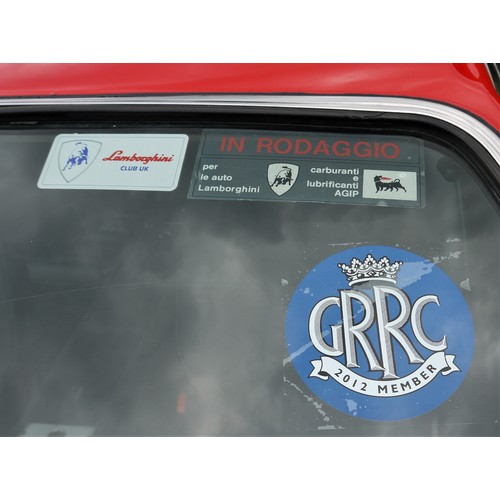 The 1967 Geneva Motor Show event saw the unveiling of the sensational Lamborghini Marzal concept car, which was seen as an approach to a four-seat Lamborghini and a forerunner for the distinctive Espada. Named after a matador's sword, the Espada was styled along lines similar to those of the concept Marzal but carried a 4.0 litre V12 up front, first seen in the 400GT and Islero.

Designed by Marcello Gandini at Bertone, the Espada first appeared in 1968 in Series I guise, followed in 1970 by the Series II, adding the uprated engine to Miura ‘S’ specification, ventilated disc brakes, and Miura-style knock-off wheels. The Series III of 1972 brought further enhancements, such as a new aluminium-trimmed instrument panel, Campagnolo alloy wheels, new tail lights, and a square-mesh front grille. ZF power steering and air-conditioning were also fitted as standard. The claimed performance figures were 0-60mph in 6.5 seconds, with a top speed of 155mph. Espada production ceased in 1978 after 1,217 of these imposing cars had been built. Even today there are few cars that can match the on-road presence of the Espada.

Fewer than 500 examples of the Series III were built, and only 121 in right-hand drive. This rare UK delivered (RHD) Series III Espada was registered when new to Gilbey Textiles of Mile End in London on 13th September 1974, who kept the exotic GT for around a year before ownership passed to Mr. Keith Osborne of Sussex. The Espada changed hands again in 1982 to Mr. Douglas Thompson of Chessington, and then to Mr. John Roberts of Bath in 1987.

In Mr. Robert’s ownership the Espada was subject to restoration with marque expert John Hartland of Motorapide (latterly Hartland Motorsport). At this point the car was fitted with a replacement engine and gearbox of the correct type, from a Jarama GTS model which has the same 4.0 litre displacement but is rated at a higher 365 bhp. The engine was fitted with new piston rings, gaskets, main and big-end shells, the bores were honed, one camshaft re-profiled, all valves re-seated, and the carburettors adjusted. During the restoration, the bonnet, which had previously sustained some light panel damage, was replaced, and at the same time the nearside inner arch wing repaired and refinished. In 1992 Mr. Roberts sold on to a local man, Mr. Robert Kenhard, also of Bath, who passed title to Mr. Kevin Baxter of Norwich in 1994. Mr. Baxter kept the Espada for a few years until another enthusiast, Mr. Blair Thompson, acquired the car in 1997, keeping it for a further 20 years.

Throughout this time the Espada continued to be maintained by John Hartland. In 2008 the engine top-end was rebuilt at a cost of circa £11,000, which included converting the car to run on unleaded fuel. Also in the file are a number of receipts for various works including refinishing of the paintwork, reconditioned shock absorbers (plus bushes), reconditioned clutch slave cylinder, new fuel pipes plus refurbished tanks, a refurbished dashboard, new front carpets, servicing and rebuilding the carburettors.

Looking through the extensive history file reveals receipts for over £60,000 in restoration and maintenance works, dating back to the late 1990s. Such was Mr. Thompson’s faith in the car that he took it on the long journey to Italy in 2013, to participate in the Grand Giro Lamborghini 50th Anniversary event.

Extensively restored and improved over the years, this striking and rare RHD Espada is offered with a continuous record of ownership from new, current and older V5C registration documents, various correspondence, and both a new and and several older MoT certificates dating back to the 1990s. 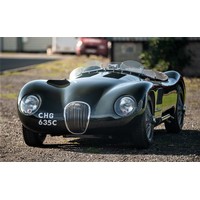