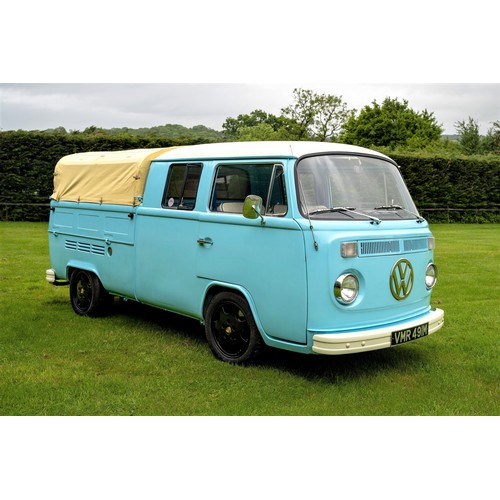 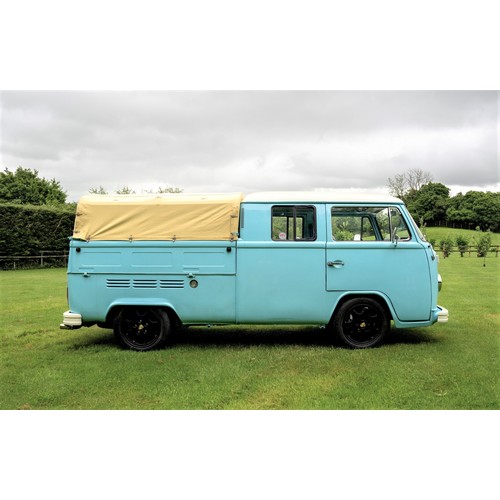 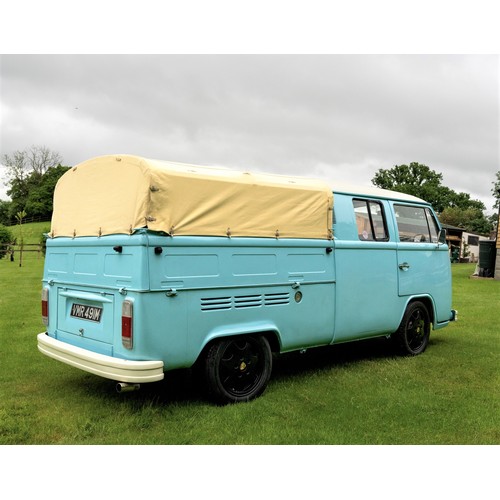 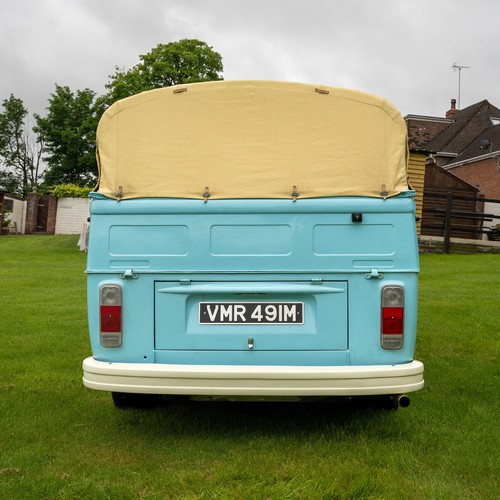 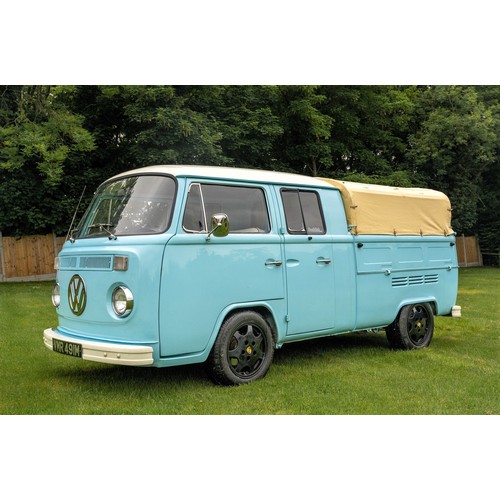 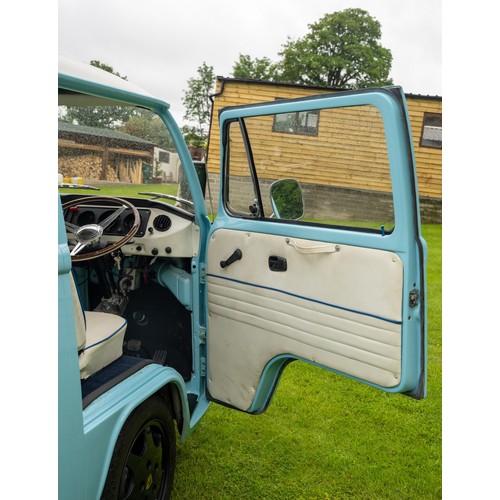 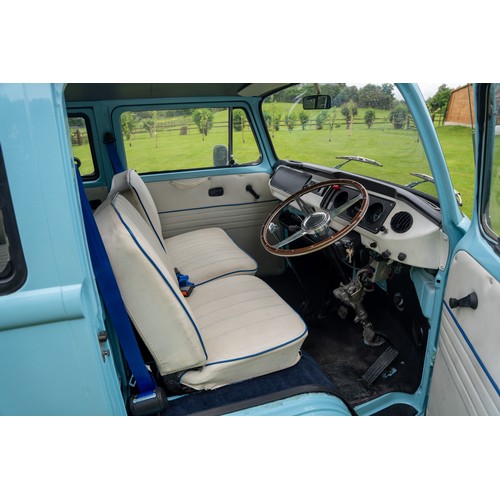 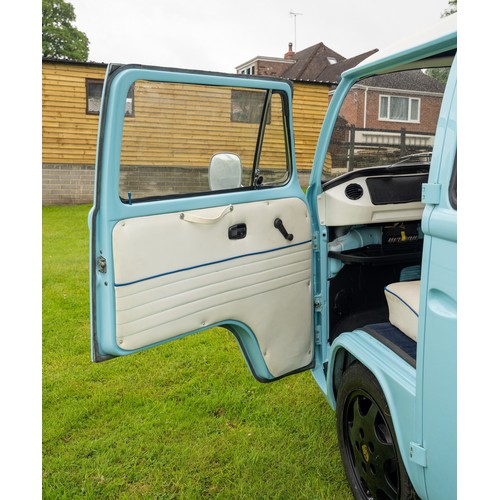 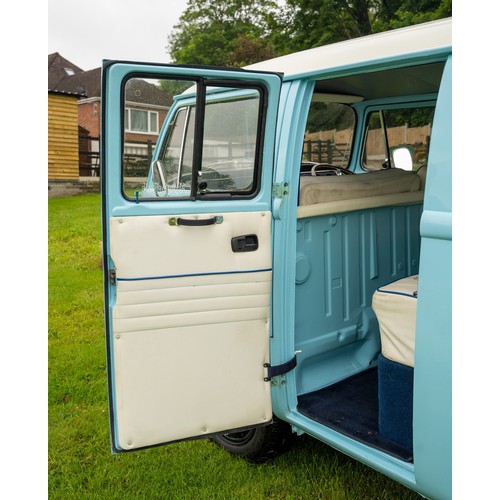 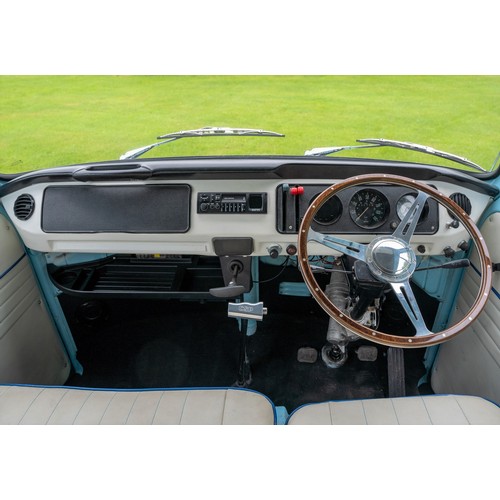 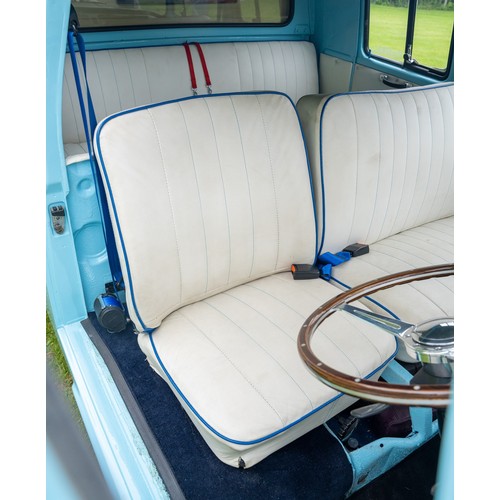 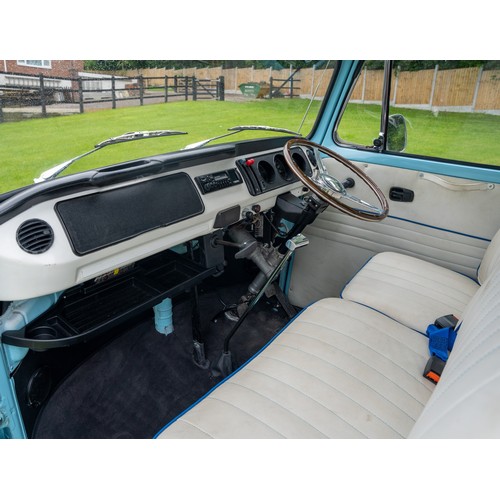 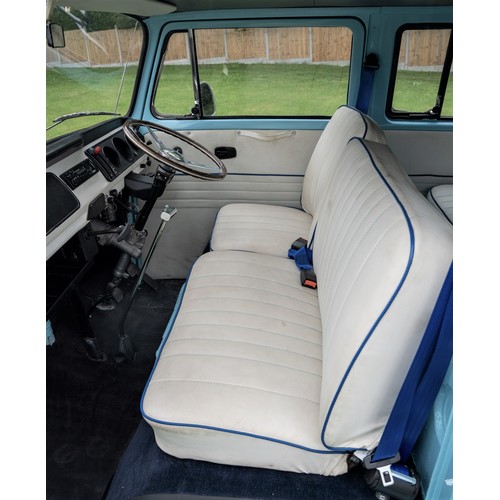 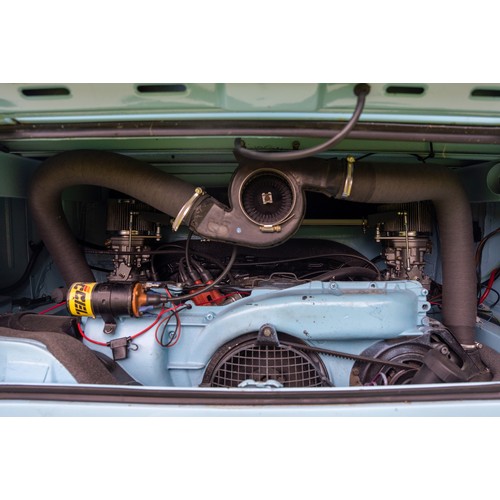 - Rare Twin-Cab version of the venerable Type 2
- Recently purchased and restored at a cost exceeding £40,000

Volkswagen’s Type 2, known officially (depending on body type) as the Transporter, Kombi or Microbus, or, informally, as the Bus (US), Camper (UK) or Bulli (Germany), was introduced in 1950 as its second car model following the eponymous Type 1 Beetle.

The Volkswagen Type 2 Transporter van’s forward control layout endowed it with huge versatility, allowing it to be configured in a bewildering number of variants, from simple panel van through to the relatively luxurious Samba Deluxe camper. All models shared common mechanical underpinnings, with a Beetle-derived flat-four air-cooled engine, later adopting the Volkswagen/Porsche developed two-litre unit. By the time production ended almost 1.5 million Transporters were on the roads, with a high survival rate due to a fanatical following and very good spares availability. The Type 2 remained in production in Brazil until increasingly stringent regulations finally killed it off in 2013.

This beautiful example, fitted with the later 2-litre Type 4 engine as fitted to the Porsche 914 model, was imported from South Africa in the last few years. The Pickup was subjected to a 12-month comprehensive restoration in current ownership, which was completed around the start of 2021. Much of the fabrication and restoration work was entrusted to respected specialist Beetlelink of Surrey, supported by bills for c. £18,000. Our owner, an experienced classic car restorer himself, tackled the remaining mechanical rebuild and reassembly.

The schedule of restoration work in the history file runs into 150 or more rows of various parts acquired or services provided, with numerous items being purchased from specialists such as from Just Kampers and Volkswagen Heritage. New sills, wheel arches, cabin and cargo floors were let in, and both new drop-sides and tailgate fitted. The engine and gearbox were rebuilt and reinstalled, the Pickup then being fitted up with numerous replacement mechanical, electrical and trim components. Upgrades have included the fitting of two twin choke Weber carburettors, and also power steering.

The cost of all of this effort was in excess of £40,000, as detailed in the truck’s history file.

This fabulous VW is finished in an attractive shade of light blue, with a tan canvas tilt and Porsche 17” Design 90 wheels, painted in Satin Black. One of the best Double-Cabs in the country, the Pickup is supplied with a history file and UK V5C. 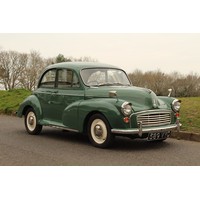