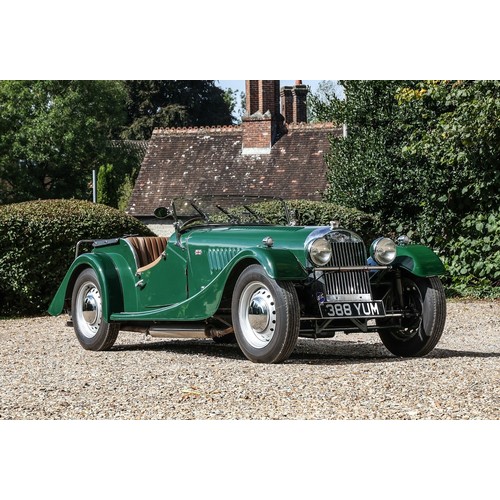 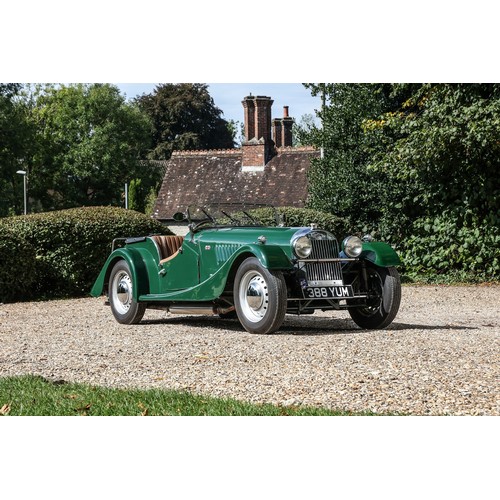 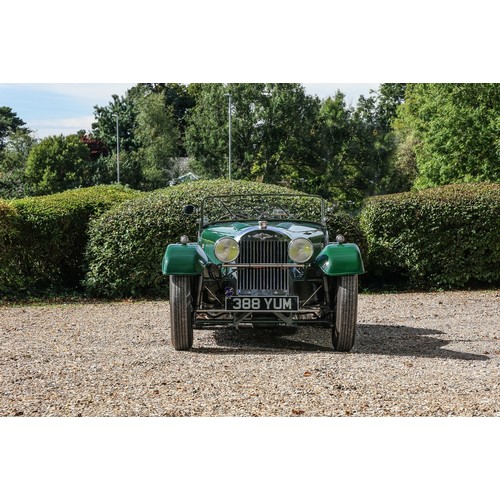 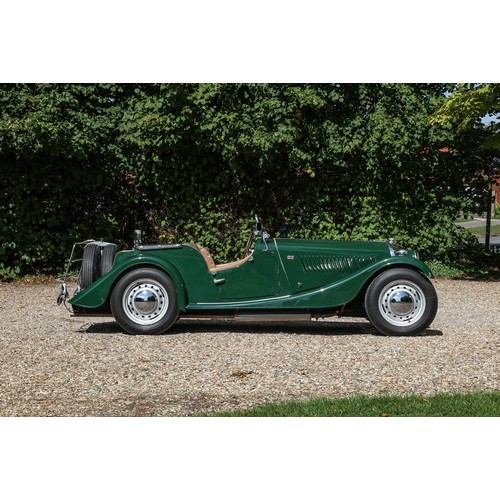 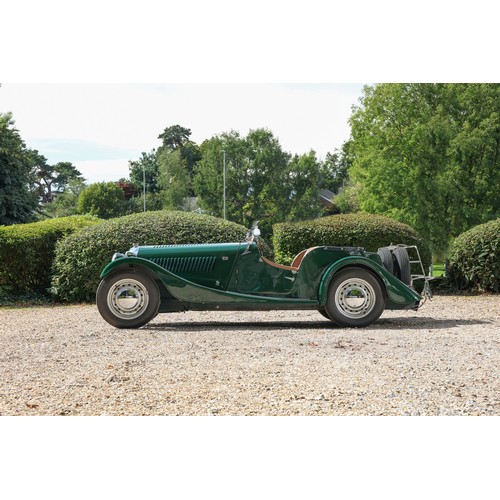 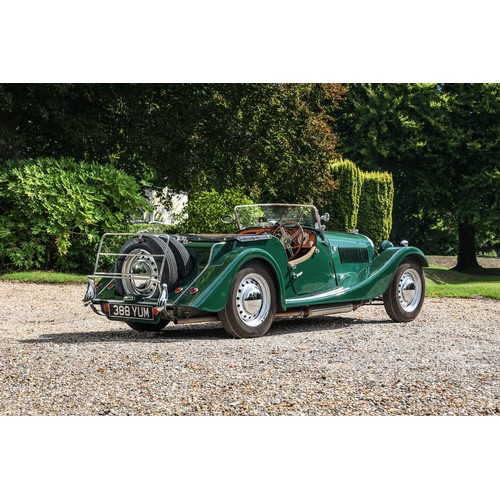 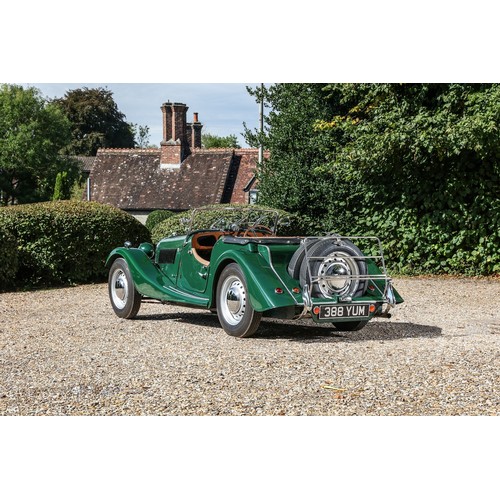 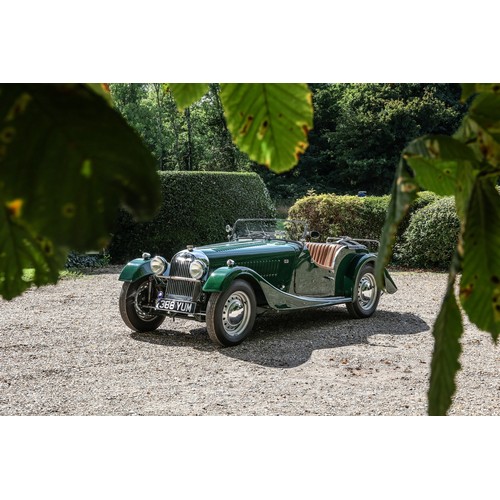 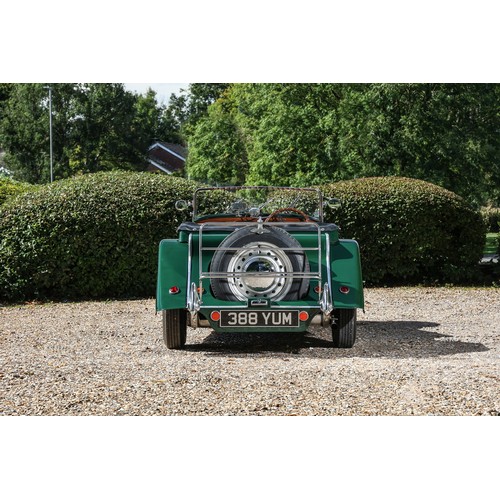 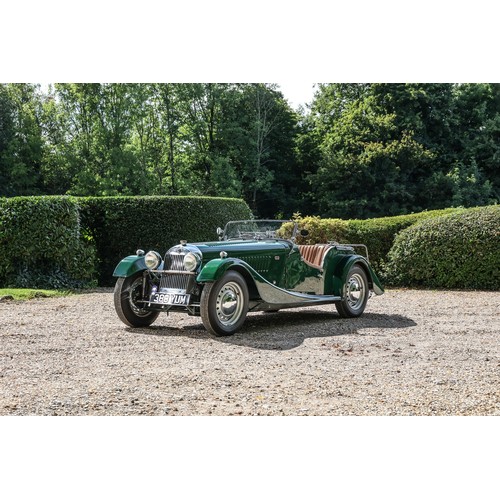 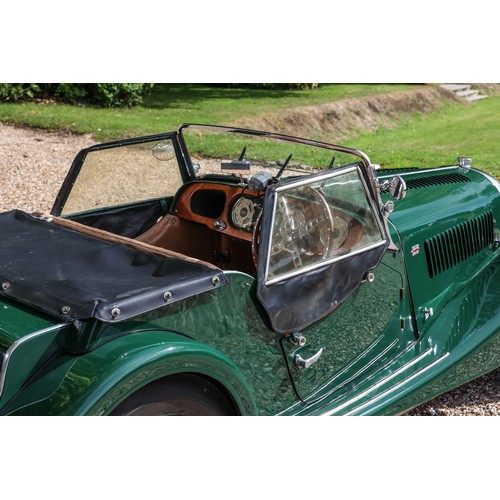 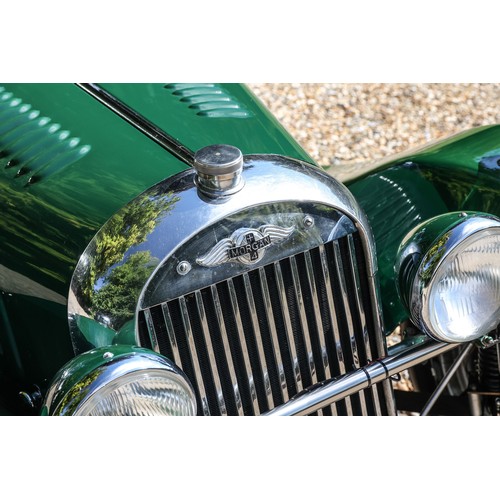 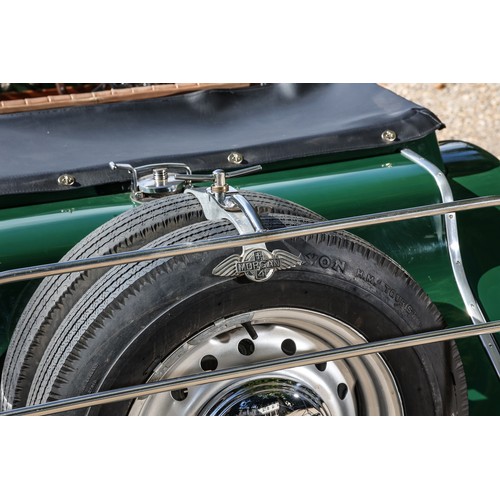 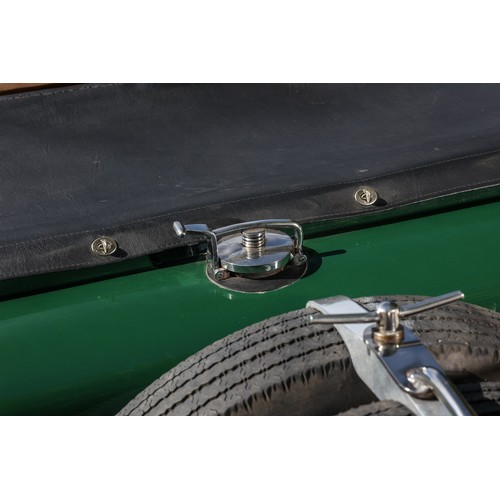 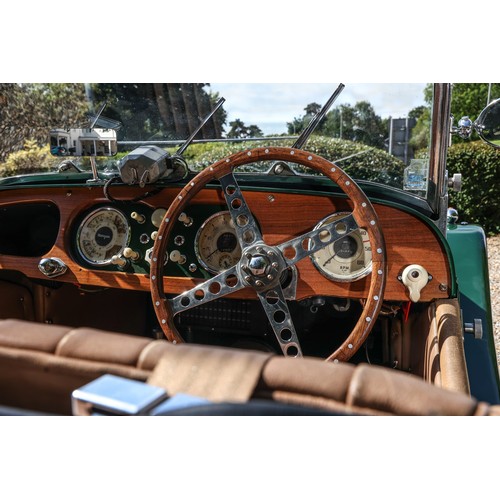 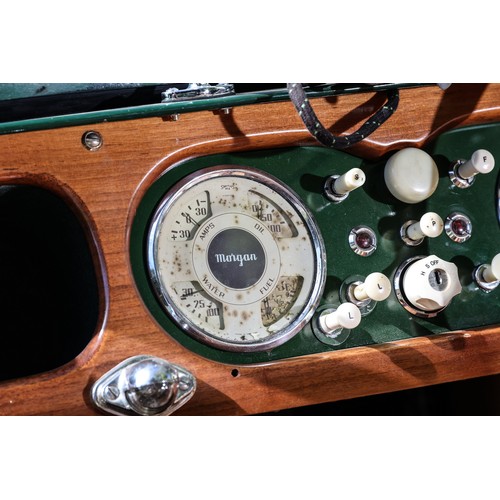 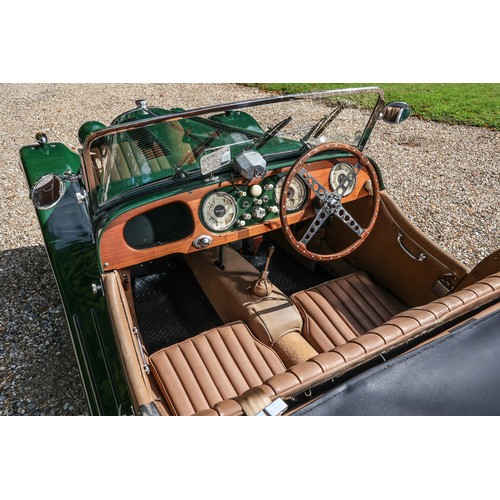 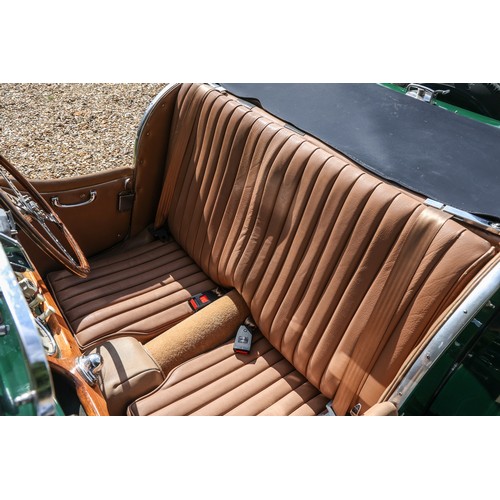 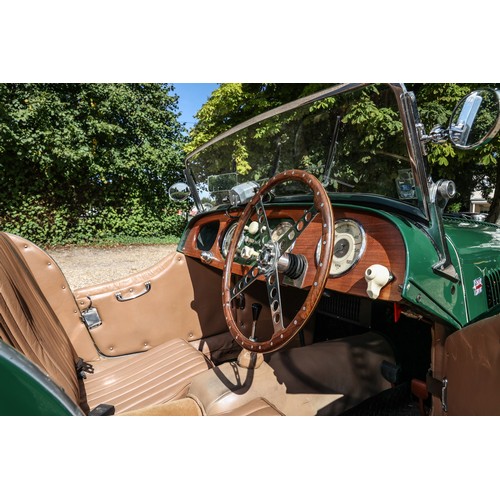 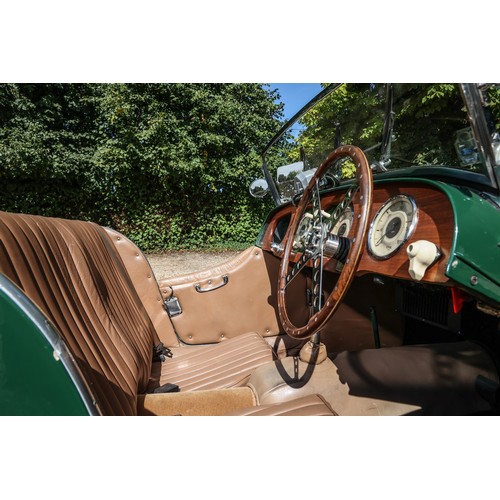 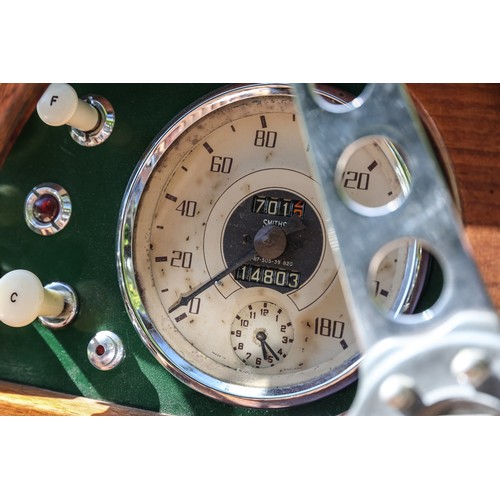 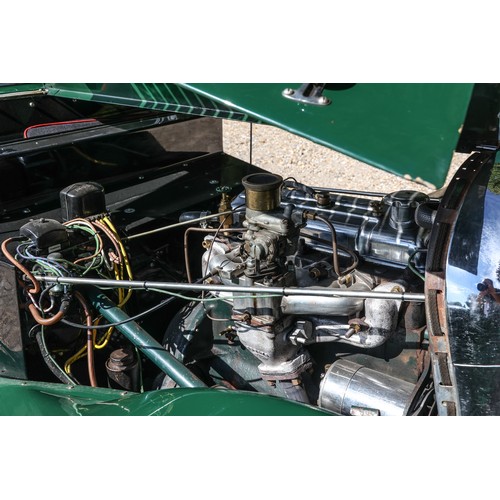 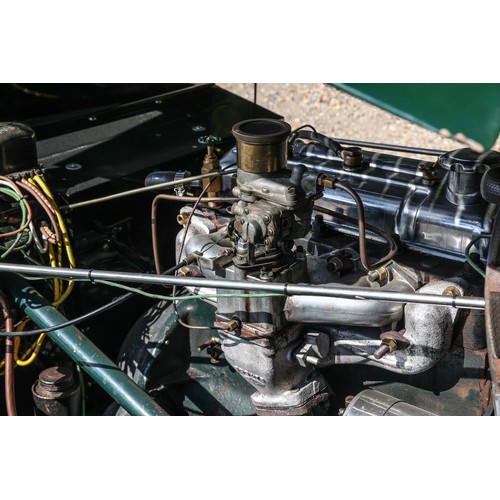 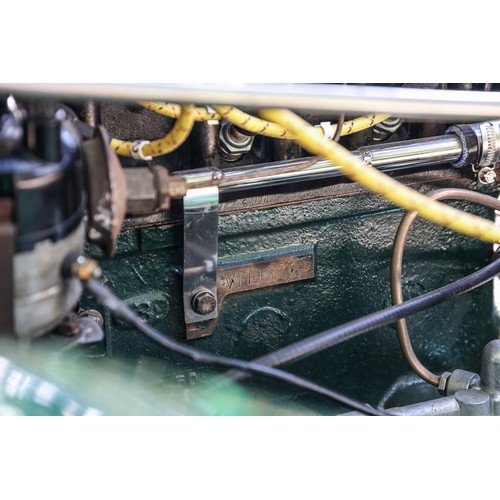 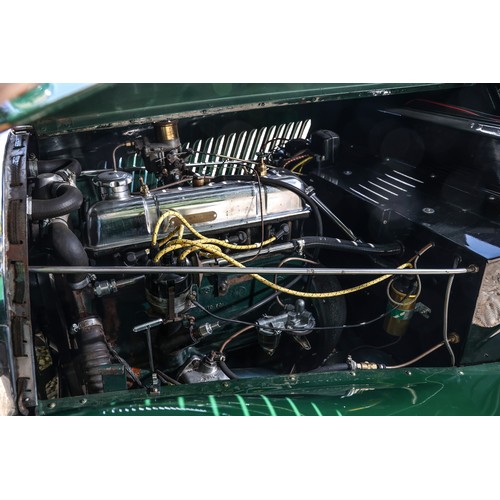 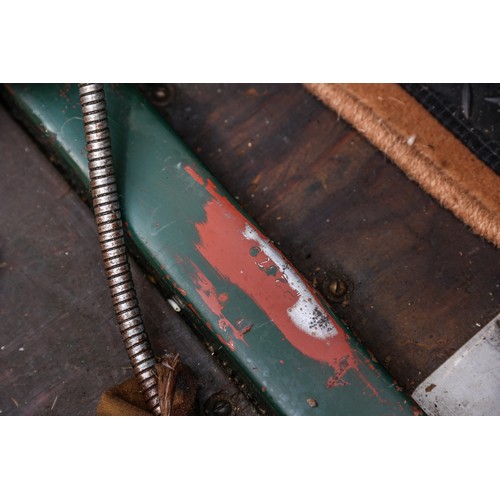 While the Morgan brand itself dates to 1910, Morgan didn't introduce a four-wheeled car – the Famous Four - until 1936. Production resumed after World War II with the 4-4 and its 1,267cc Special Standard motor. In 1950, the new Plus 4 appeared, with a 2,088 cc Standard (later Triumph) engine producing 68bhp and delivering an 85 mph top speed. The Plus 4 also featured a stiffer frame, improved front suspension, and Girling hydraulic brakes. Three body styles were offered: the two-seater, the four-seater, and the drop-head coupe. The early "Flat-Rad" Morgans were facelifted in 1954 with a new, rounded nose, and became a true 100 mph vehicle in 1956 with the introduction of the new 2.2-liter Triumph TR3 engine. Plus 4 production continued into the late 1960s, when it was replaced by the Plus 8.

Last of the ‘Flat Rad’ Morgans, this Plus 4 was despatched on 12th March 1953 to Swedish agent Alpen Gundersen of Gothenberg. The Morgan was to RHD specification (Sweden was still a RHD market in 1953), and finished in a rather striking shade of Carnation Red. It is understood that the car was stored for much of its life in Scandinavia, and so survived well through the years.

Upon repatriation in 2013 the Morgan was subject to a sympathetic yet meticulous professional restoration, with attention to the mechanical/electrical and cosmetic aspects of the car, including the brightwork and interior trim.

Now finished in the period factory shade of Brunswick Green with a lovely Tan interior, this is a very nicely presented example which we understand runs and drives as well as it looks. The 2-litre engine is strong, maintains good oil pressure and pulls strongly through the 4 speed gearbox, which is positive and light to use.

This well presented and thoroughly prepared Morgan is sold on a current UK V5C, and with a large history file outlining the various works completed. 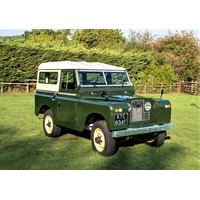 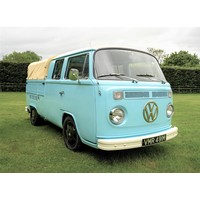