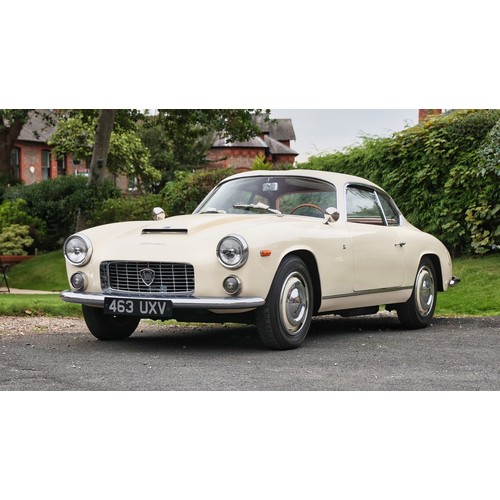 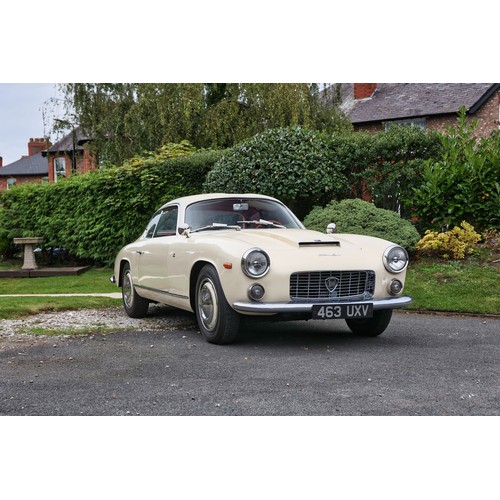 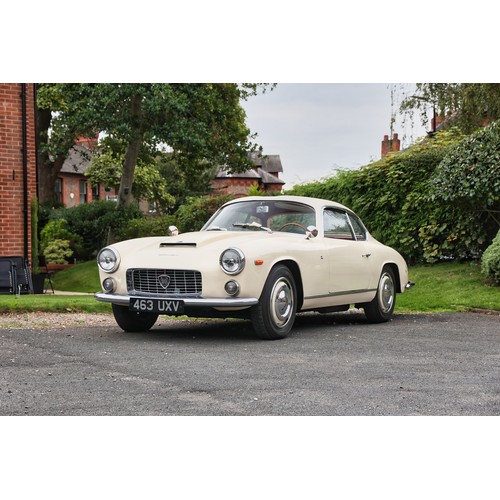 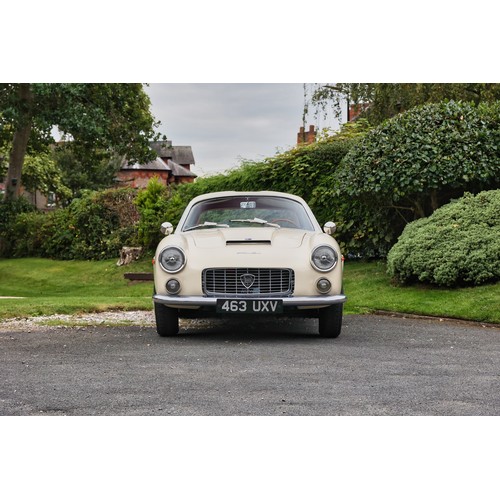 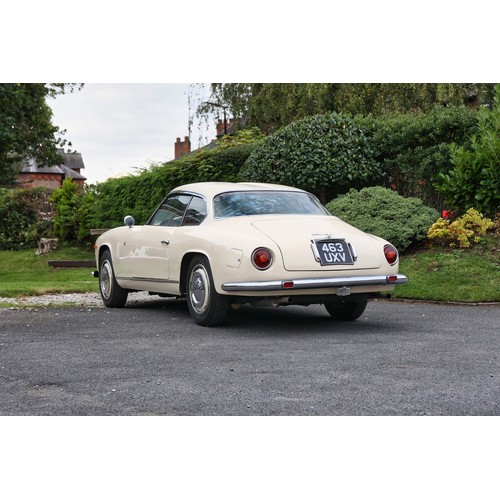 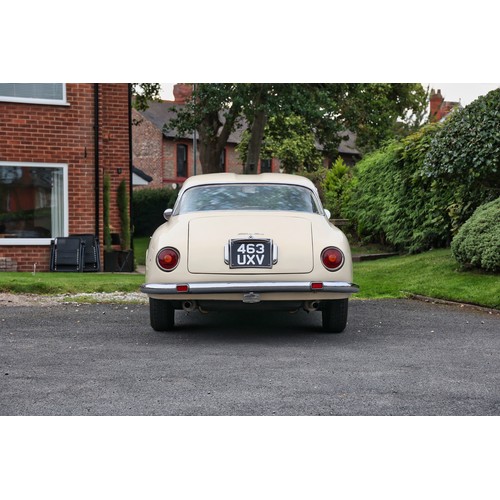 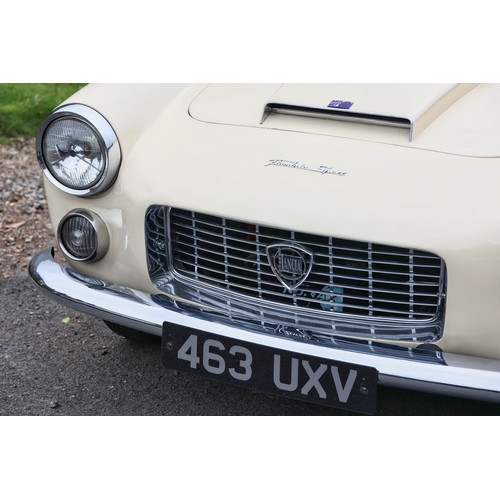 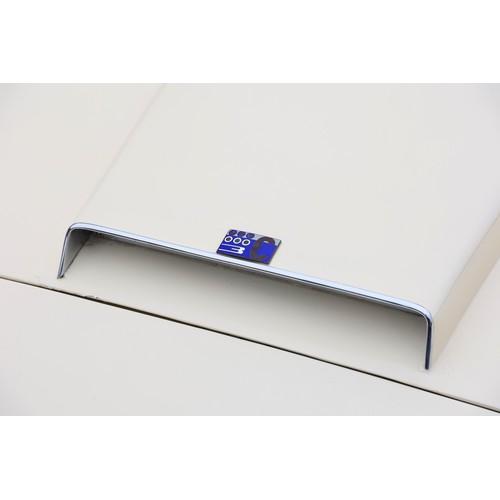 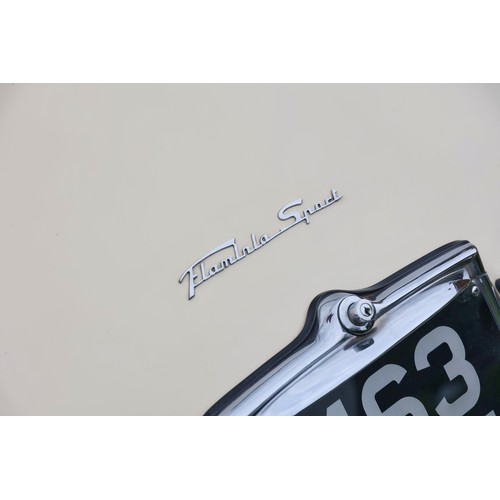 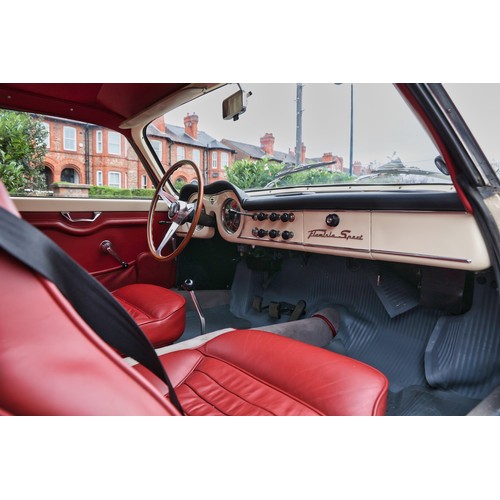 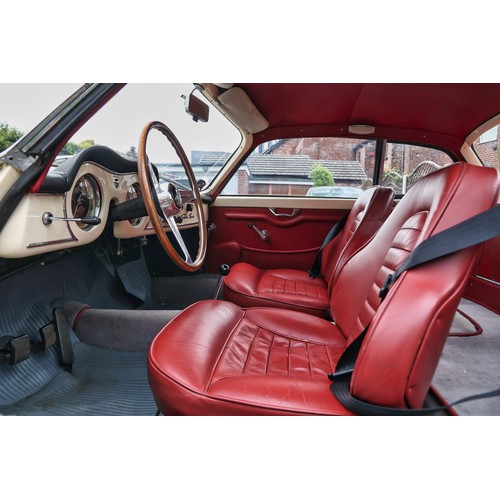 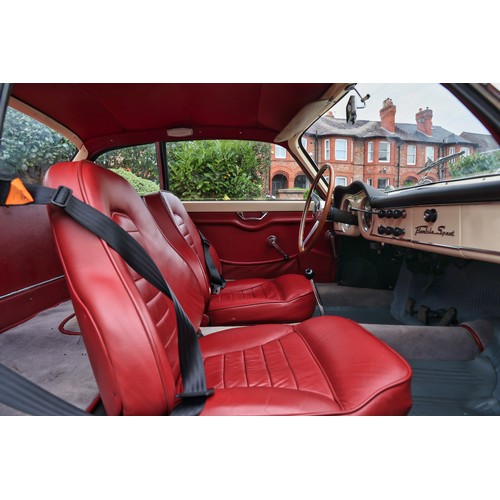 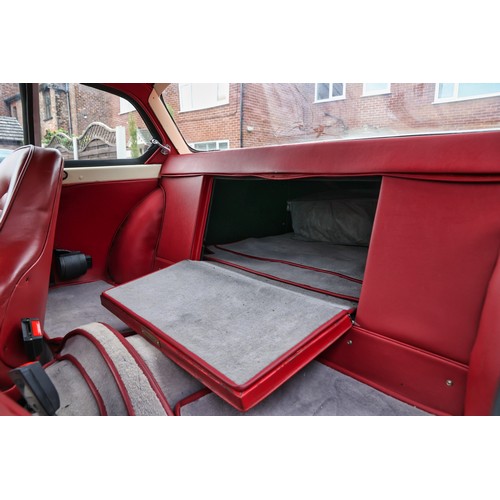 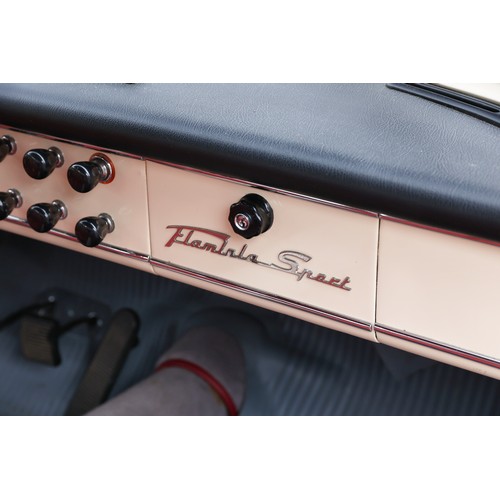 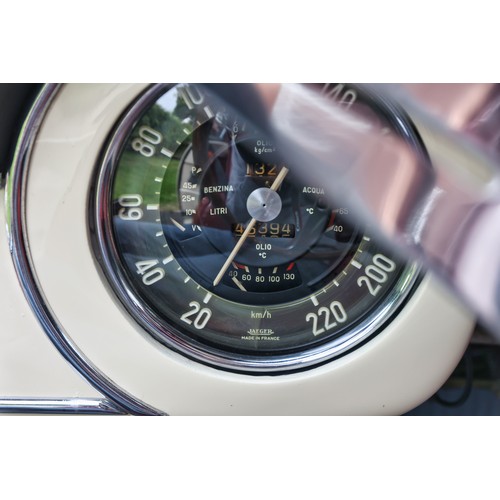 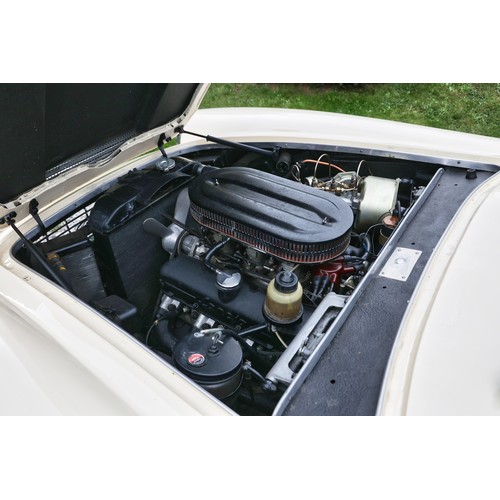 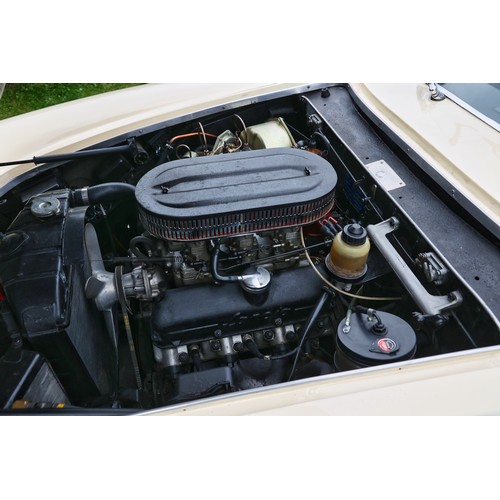 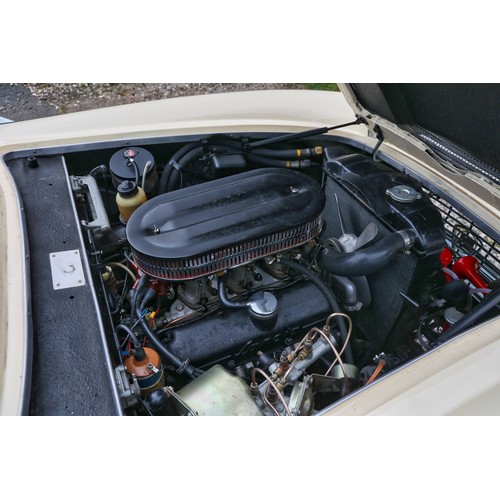 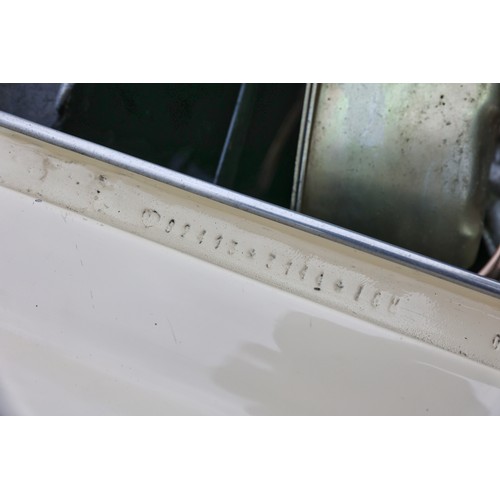 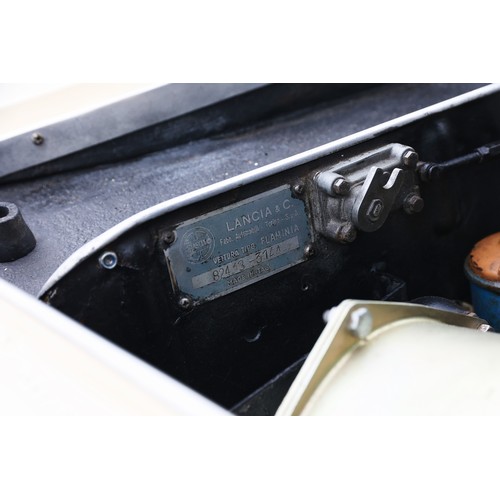 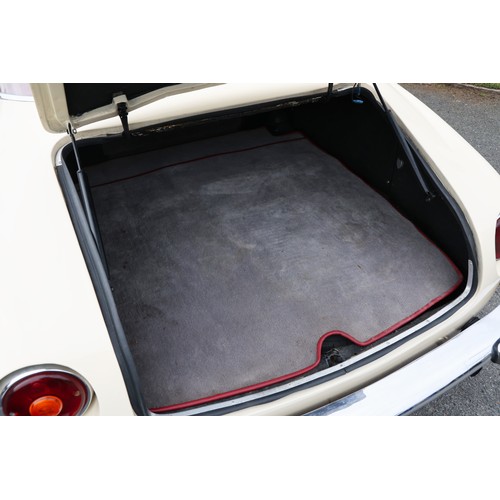 - In current ownership for over 16 years
- Desirable triple-carburettor model
- One of 174 Sport 3C 2.5-litre Zagatos made

Launched at the 1956 Turin Motor Show to replace the ground-breaking Aurelia model, Lancia's top-of-the-range Flaminia retained its predecessor's basic layout, with the exception that the 'sliding pillar' independent front suspension was replaced by a more modern double wishbone arrangement. The new model did however carry over the Aurelia’s 2,458cc V6 engine and De Dion rear transaxle with inboard brakes. Once the basic platform of the car was signed off, Lancia went to the top Italian stylists to prepare variations on the Flaminia theme to suit different markets.

Zagato, a very well established and highly respected design house, quickly took advantage of the post-war boom in GT racing, providing both factory and privateer teams with cars which could be driven to the track on Friday, raced over the weekend, and driven home on Monday. For the Flaminia, Zagato turned to its star stylist of the time, Mr. Ercole Spada. Known for his fluid and aerodynamic lines, Spada has an impressive CV to his name; from the Kamm-tailed Alfa-Romeo TZ, and both Giulietta and 2600 SZ models, through to the legendary Aston-Martin DB4GT Zagato, not to mention his work for Lancia on other chassis of the time.

The Zagato-bodied Sport and Super Sport models shared their shortened wheelbases with Touring’s GT coupés and convertibles. The earlier Series 1 cars are recognisable by their faired-in lights and a 119bhp single-carburetor engine. From 1960 the lights were exposed but the model was unchanged mechanically, until the introduction of the new 140bhp Sport 3C featuring triple-Webers. Zagato made 174 such examples through to 1963, and a further 70 with the later 2.8-litre 146bhp engine, although it has been said to boost sales many earlier cars were upgraded with later 3C V6s when new. The faired-in lamps made a return on the Super Sport (1964-’67, 150 produced) with a Kamm tail, and now 150bhp. The striking Zagato-bodied Lancia Flaminias featured the Milanese styling house's renowned 'double bubble' body form. Convex roof bulges above each front seat help lower the roof line and improve the aerodynamics whilst allowing enough headroom for the occupants.

This example of the last word in old-style Lancia design is one of 174 Zagato Sport 3C 2.5-litre models built during 1962/1963. Chassis ‘3144’ has been in current ownership since 2006, at which point it was purchased after seeing the car advertised in Belgium, a market known for its love of classic Lancias. Our vendor, a devoted classic car enthusiast, has driven the Lancia lightly over the last 15 years, and dry-stored it when not in use. In the last few years the Lancia went to a respected restorer in the north of England, was returned to bare-metal and refinished in its original shade of Avorio Chantilly. The Flaminia has also benefited from rechroming of its brightwork and also additional soft trim work. The Lancia looks beautiful in this stylish period colour, contrasted by attractive red leather seating. The paint finish presents well, the period-correct rubber mats protect the grey carpeting nicely from dust and dirt, the chrome is in very good order and the engine bay clean, neat and tidy.

Although sometimes overlooked and frequently under-appreciated, in our opinion the rarely seen Lancia Flaminia Sport Zagato is one of the finest and most beautiful grand touring cars of the early 1960s. Showing just over 46,000 kilometers recorded, the Flaminia is supplied on a UK V5C document, with the previous bill of sale from 2005, and receipts for works completed over the years.

Exceptionally rare and desirable, this is a great opportunity for the discerning collector, to acquire one of the true greats in Italian automotive design. 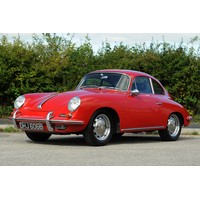 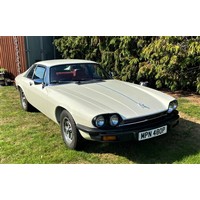