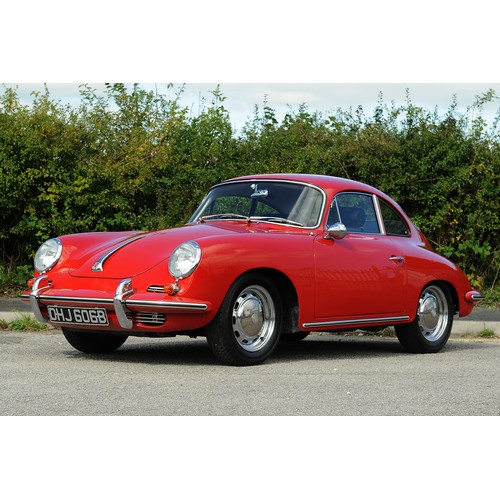 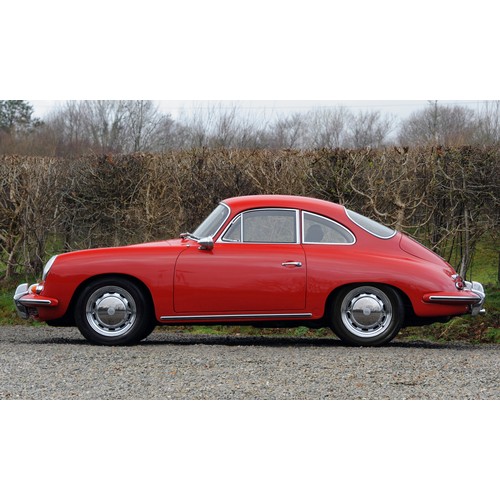 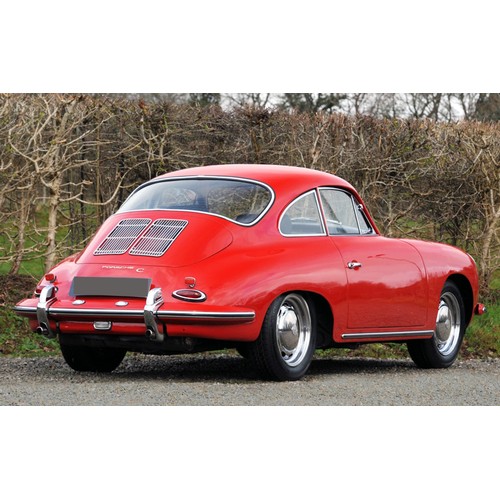 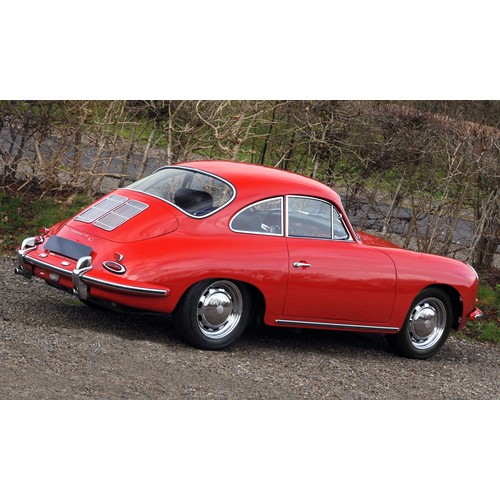 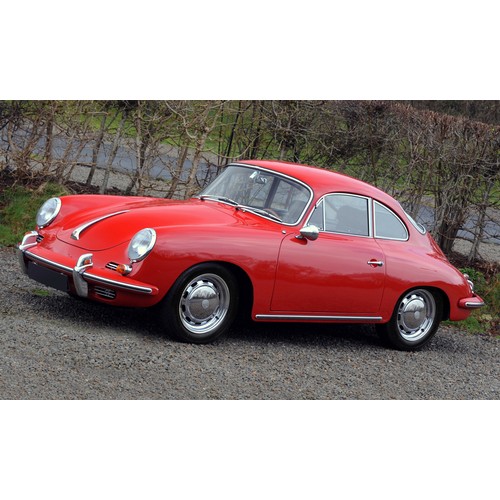 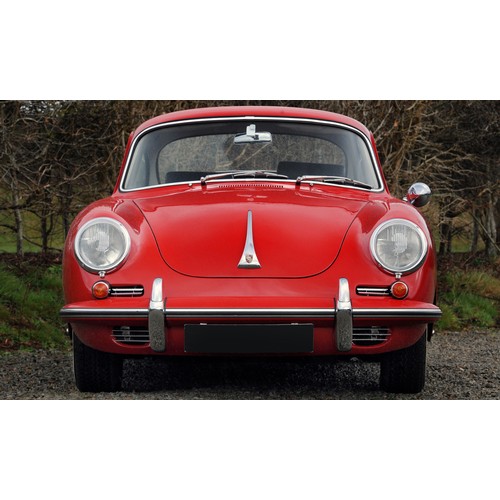 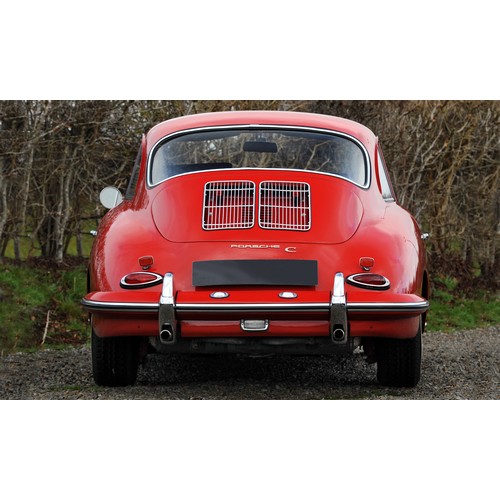 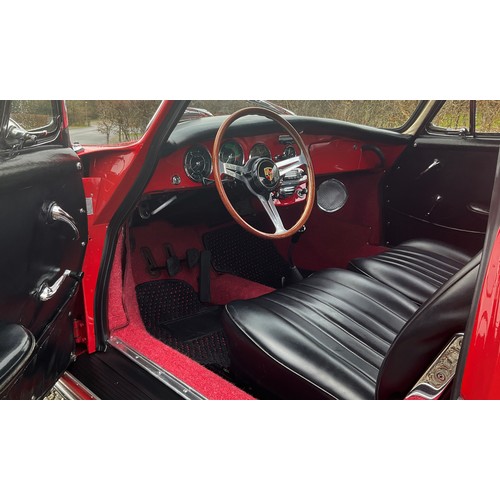 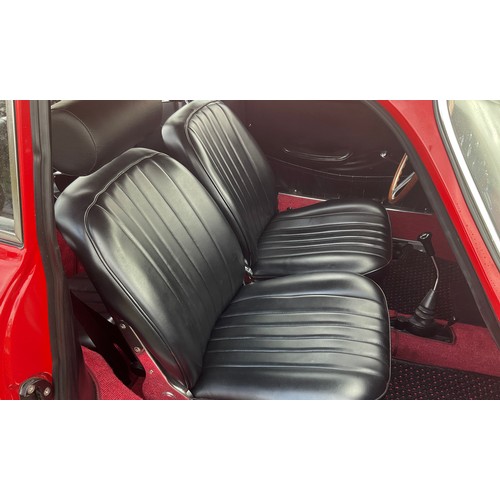 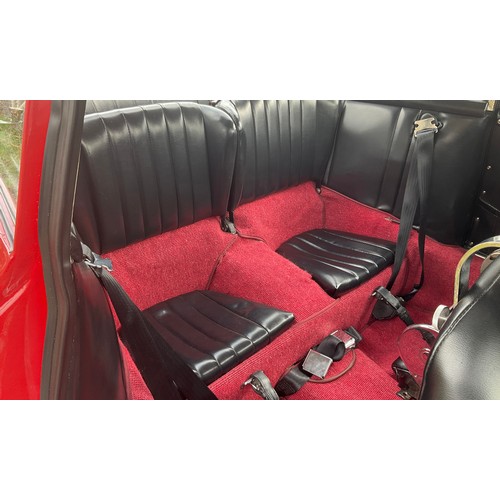 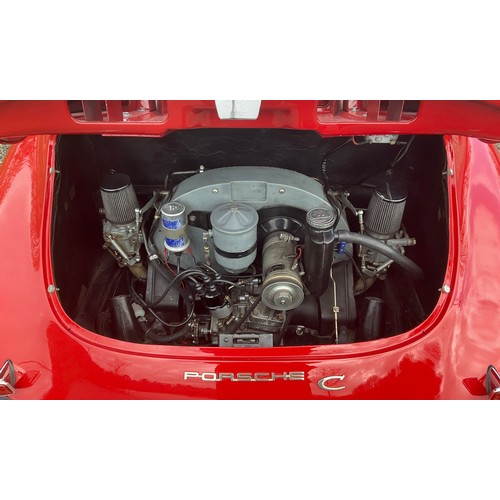 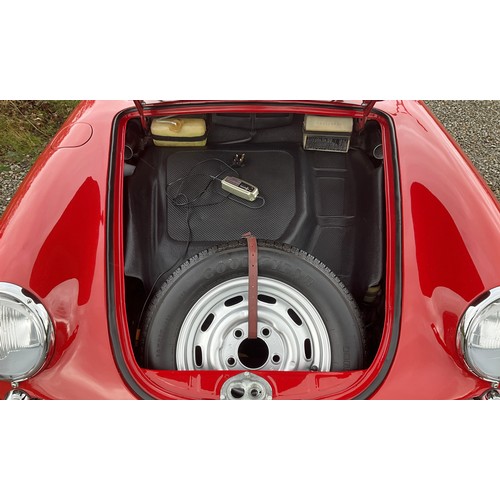 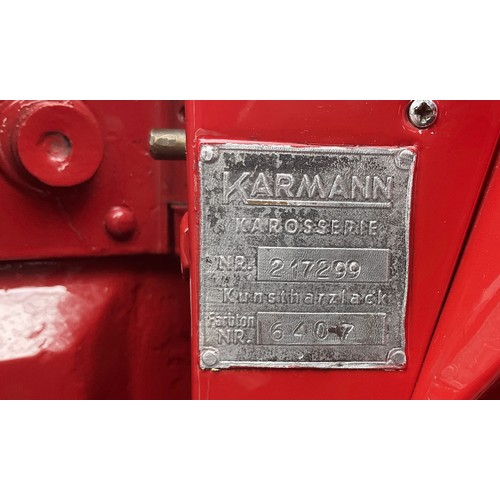 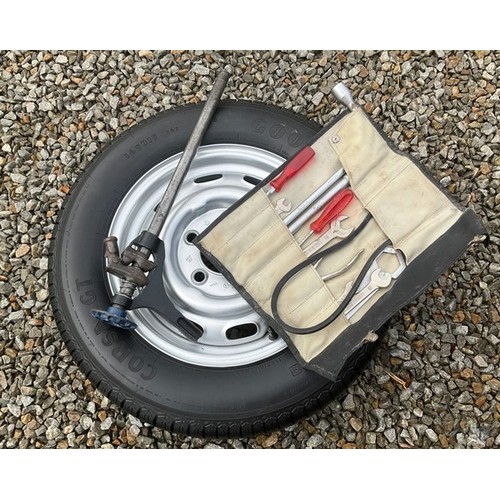 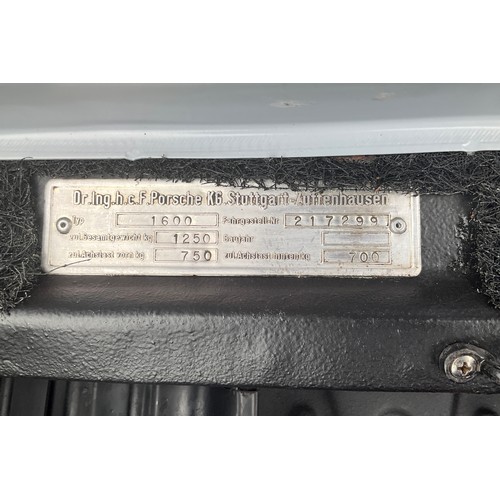 Introduced in 1948, the Porsche Type 356 is acknowledged to be one of the world’s greatest sports cars. Over a 15-year production run, the handsome and durable 356 evolved from a streamlined little aluminium-bodied coupe powered by a VW-derived, 46bhp 1,100cc air-cooled flat four to a powerful autobahn burner with a 130bhp 2-litre 4-cam boxer Carrera engine. Over time came coupes, luxurious cabriolets and more spartan Speedsters and Roadsters, and more than 76,000 were built by the time production ceased in 1965.

By the time the 356B arrived in September 1959, Porsche’s first sports car had gained a one-piece rounded windscreen and 15-inch wheels, along with further styling revisions and a 1,600cc engine. Outwardly very similar to the final 356B, the ultimate 356C model arrived in 1963 sporting disc brakes all round (first seen on the 2-litre Carrera 2), a new ZF steering gear and a compensating spring at the rear to calm the swing axle rear suspension. Engines options were the 75bhp ‘C’ and the 95bhp ‘SC’, both 1,600cc, the latter replacing the Super 90 model.

Originally finished in Signal red (6407) with Grey leatherette, this very well presented later “C” series model was produced on 20th February 1964, destined for the booming US market. The 356 was registered to its first owner on 1st May 1964, supplied by P.C. Import of Northbrook, Illinois, one of seven Porsche importers in the USA at that time. At some point the original type 616/15 motor was upgraded with a similar unit from a slightly later Porsche 912 model (type 616/36). By 2005 the car was with a Mr. Mack Foss of Ogden in Utah, who used local air-cooled specialists Bugg Craft, BC Autoworks and Der Otto Werks as and when required. Works other than regular servicing included engine repairs, a new aluminium oil cooler, new fan and rebuilt generator, replacement shock absorber and a new clutch.

Title changed in 2010 to a Bob Wilson, of California then in late 2012 at 107,282 miles the Porsche arrived in the UK via specialist Karmann Konnection, to be sold to a collector in the North West of England. Maintenance was picked up by Porsche specialist Lee Mayor of Preston, who performed various mechanical jobs to the suspension, brakes, servicing and other minor repairs as required. Around 2018 the 356 moved to the South West of England where it resides to this day, maintained by leading specialists Roger Bray who performed an overhaul of the brakes, and latterly Williams Crawford of Saltash.

In current ownership the 356 has been carefully maintained by Williams Crawford and used regularly by its enthusiastic owner. Aside from regular servicing, in late 2020/21 the car enjoyed a program of further mechanical, bodywork and trim restoration, involving the replacement of a myriad of items. Additional bills for over £40,000 support this work, outlined by a detailed report in the history file. 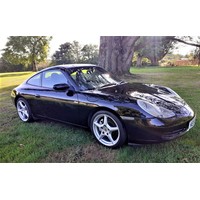 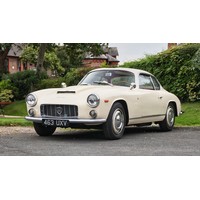