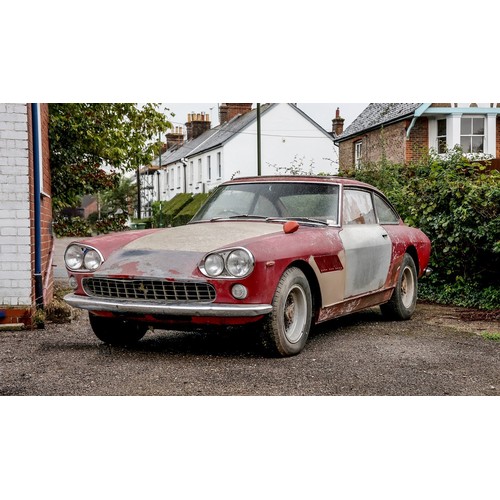 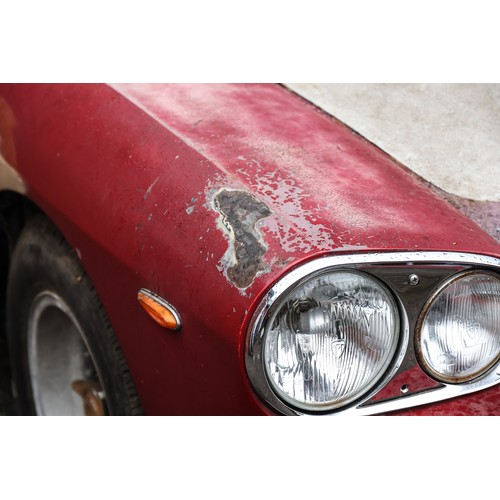 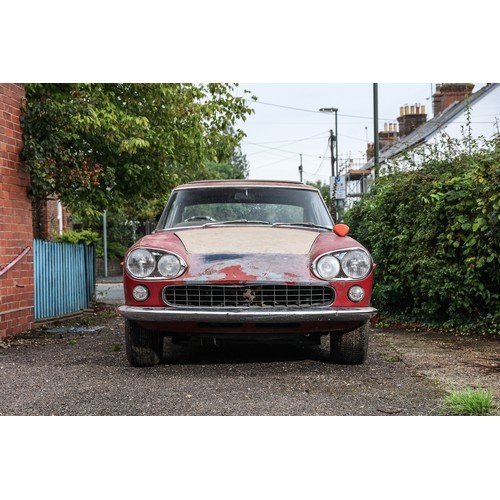 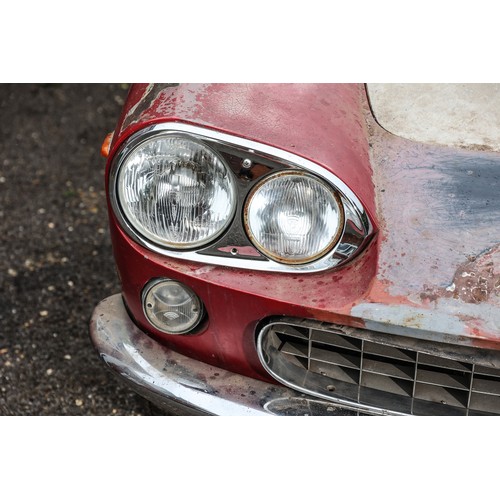 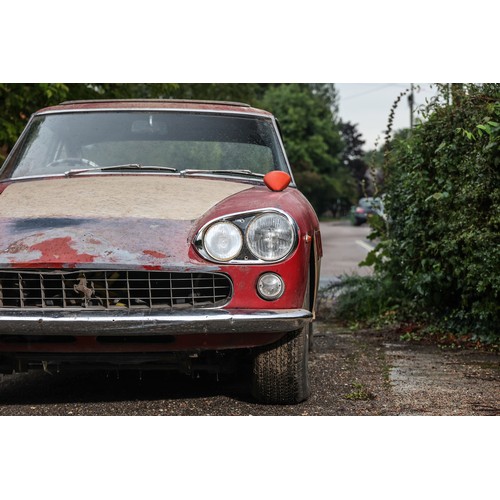 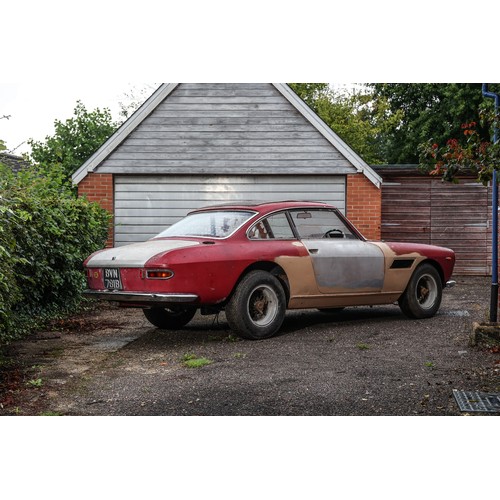 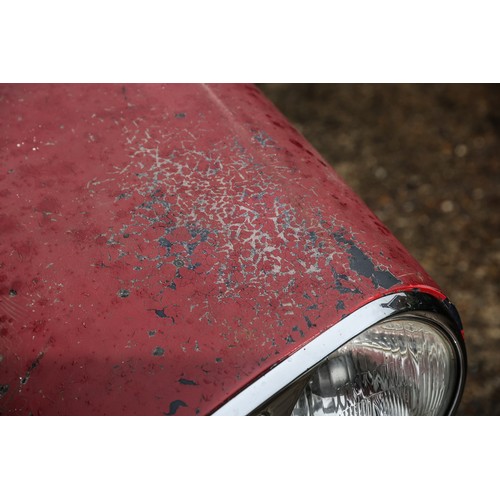 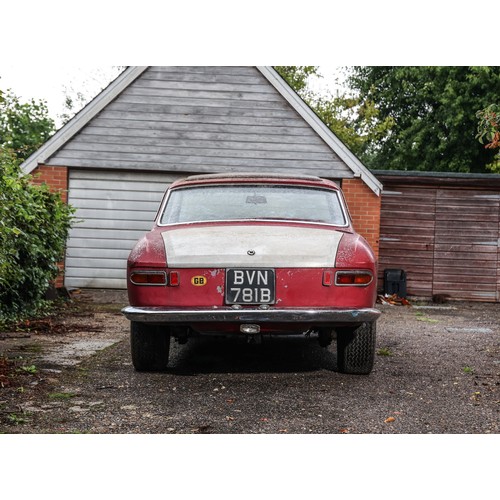 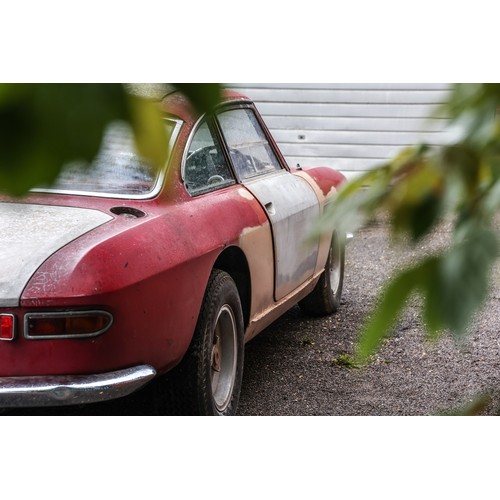 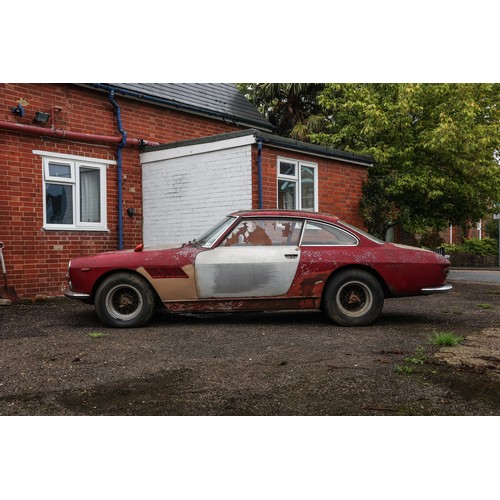 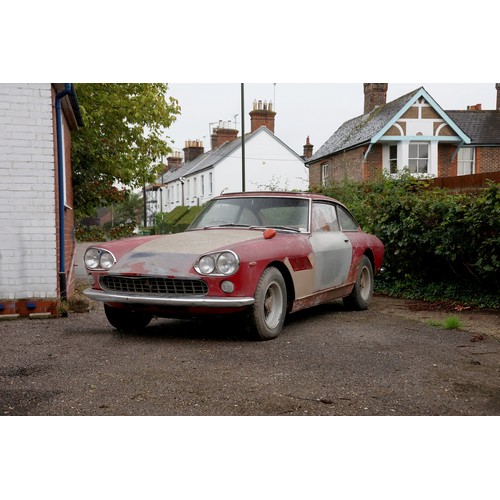 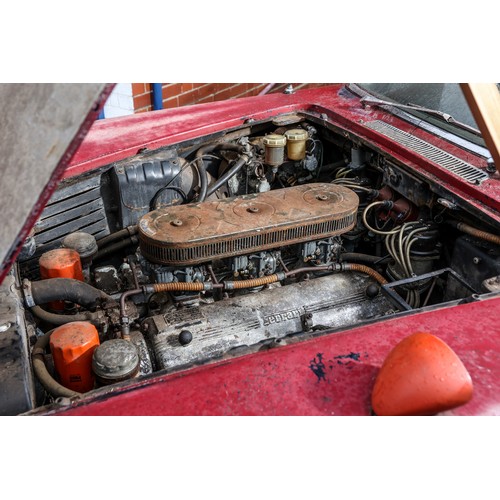 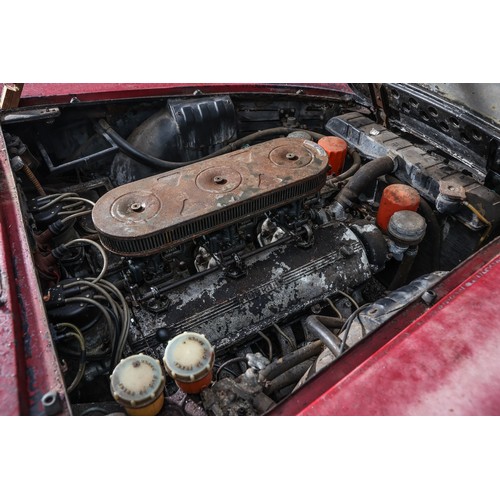 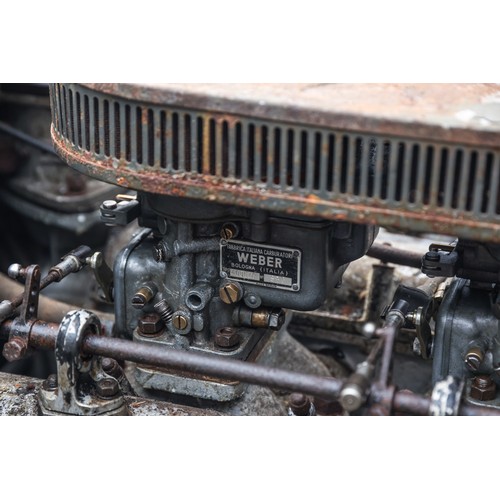 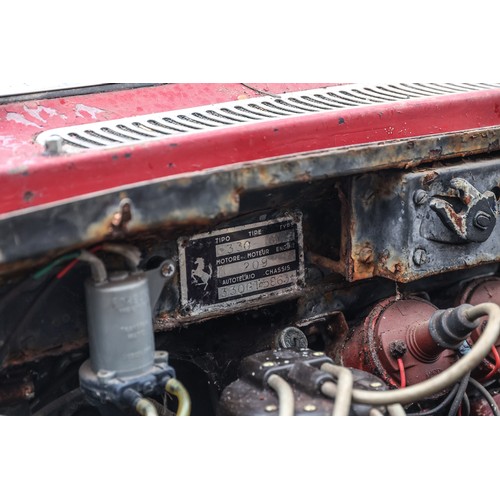 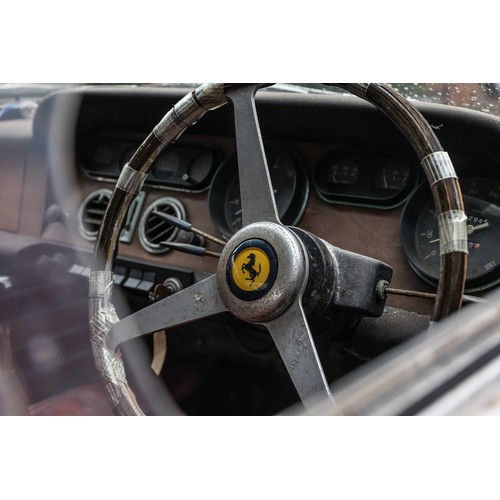 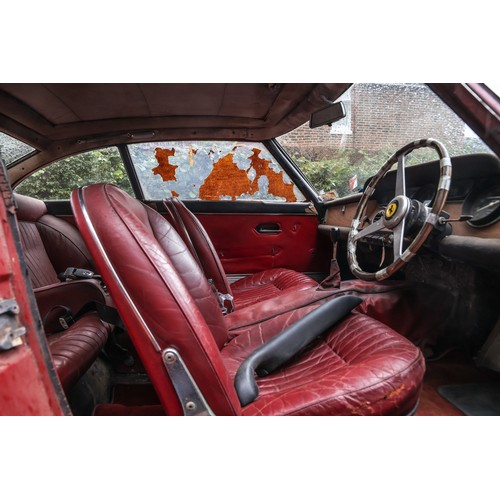 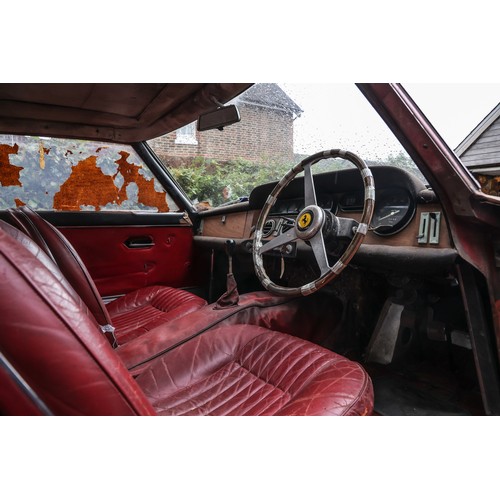 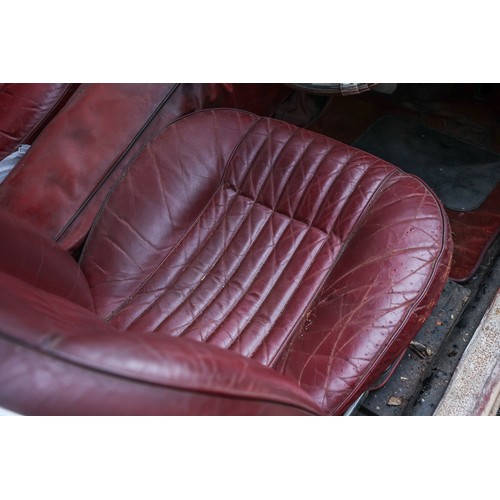 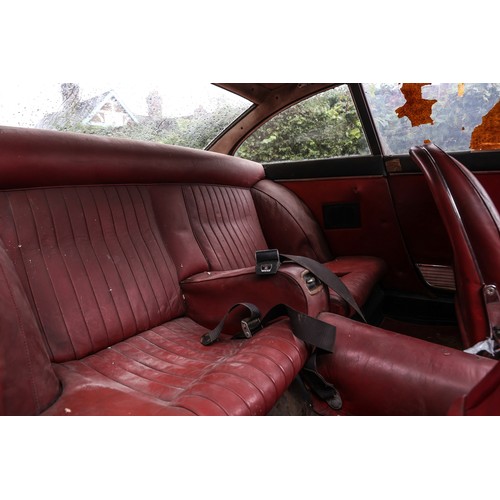 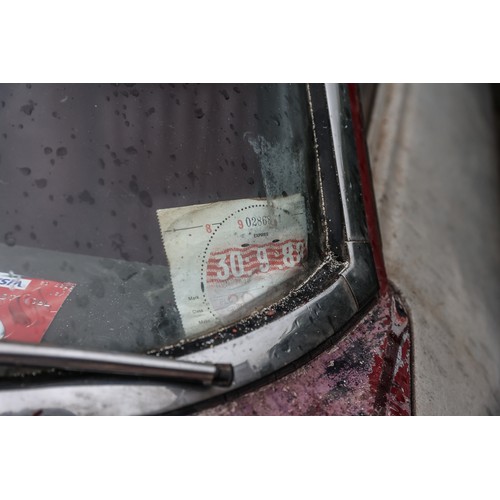 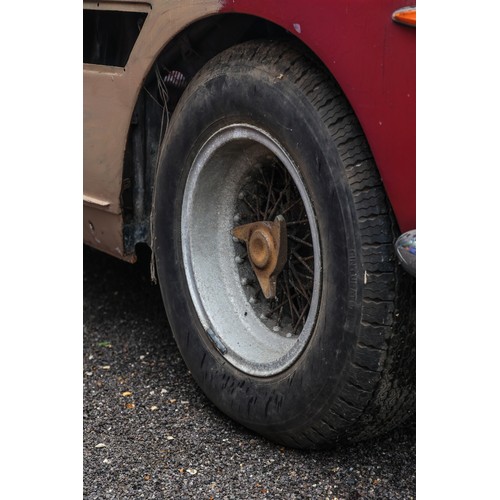 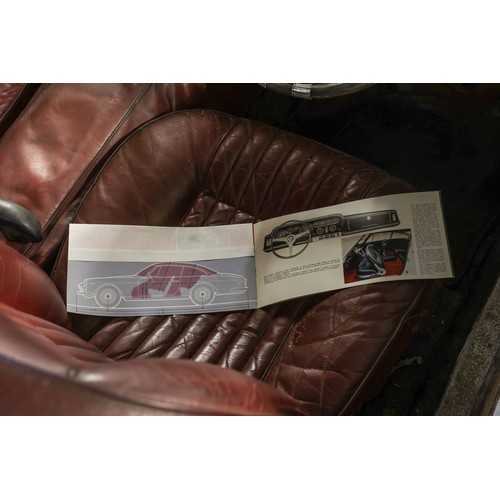 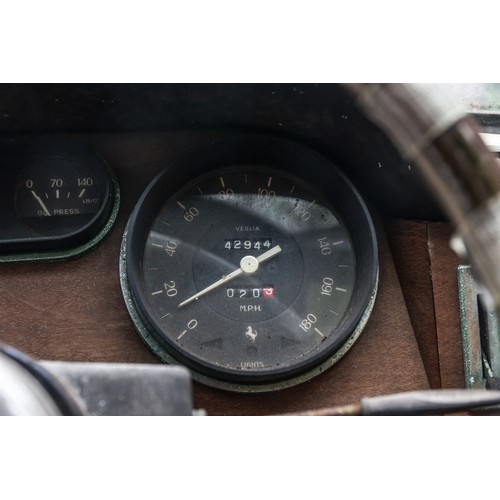 - Matching numbers, UK delivered from new
- One of only c. 20 known surviving RHD examples
- In current ownership since 1971

Replacing the 250 GTE 2+2 and the limited-production 330 America was the Ferrari 330 GT 2+2, making its first public appearance at the Brussels Salon in January 1964. This new model helped carry on the success of the 2+2 models of the immediate past with several key updates, in hopes of seeing an increase in sales over the 250 GTE 2+2. Ferrari’s new four-seater featured a completely new body style from Pininfarina, one that was very distinctive from the other Ferrari models on sale at the time. The easiest way to identify the first-series 330 GT 2+2 is by its quad headlight front end. The Series II cars did not adopt quad headlamps, which was the easiest way to idenify them. The public did not warm to them and so no other future Ferrari used quad headlamps. Other notable cosmetic changes include more angular nose and tail sections from the 250 GTE 2+2 and the introduction of a wider front grille to help increase airflow to the engine.

Following in the footsteps of the 330 America in terms of its drivetrain, the 330 GT 2+2 featured a four-litre V12 engine mated to the existing four-speed-plus overdrive transmission as in the 250 GTE. Its wheelbase was increased by two inches, and with the installation of Koni adjustable shock absorbers, handling improved immensely. The 330 GT 2+2 remains one of Ferrari’s finest four-passenger touring cars - with its 300-horsepower, 4.0-litre engine, the 330 is powerful yet easy to drive around town, while its luxurious appointments make the car as suited to today’s road tours and events as when it was new. The 330 GT 2+2 still provides a great opportunity to enter into classic V12 Ferrari ownership at a reasonable price.

An early RHD 'Series 1' model, chassis number '5863' was delivered new on 1st August 1964 to Maranello Concessionaires on St. Swithin’s Lane in the City of London. Finished in a dark shade of Blu Scuro with a stylish red leather interior, the 330 was soon to be despatched to its first private owner, the Scottish businessman Sir John "Jack" Stewart-Clark, who kept the Ferrari for a two or so years before moving the car on to its next custodian.

Changing hands a few times during the 1960s, during which time the 330 had been repainted from dark blue to a sportier shade of red, in October 1971 our current vendor Peter chased up a classified ad placed by a dealer in London’s Notting Hill for a “Ferrari 330 Sports”. According to the seller, the car was a “fabulous looker” and “a snip” at a mere £1,750! Our man, a devoted Italian classic car enthusiast and collector, promptly bought the Ferrari and took to the road.

After purchase, and knowing that the clutch needed adjustment, upon removing the gearbox it transpired more than a new new clutch was needed, the flywheel was blue with radial cracks after only a thousand miles use, and more work than that was immediately revealed.  Other than the necessary work at the time, the 330 had some later work in 1987 and at the time a new MoT certificate obtained. The doors had previously been lightened in 1973, at which point new perspex windows were also fitted, with a sliding panel to the driver's window to enable pit signals in light competition use.  However the car never raced and remained with a number of other exotic Italian classic cars in the collection.

After 51 years of ownership, and due to a general desire to thin out his collection, our vendor has finally decided the time is right to find a new home for his 330 GT. In August 2022, in preparation for sale, an engineer was brought in to wake the slumbering V12 engine. After careful preparation, and some work to the carburettors and fueling, the engine was turned over and instantly burst into life,. Whilst largely complete the brakes are disconnected and the car lacks its door furniture. In recognition of this our vendor has asked for the pre-auction estimate to be reduced accordingly.

In largely solid and well preserved condition, this hugely stylish, understated classic GT car of the 1960s is the perfect candidate for full restoration to original condition.

The 330 is supplied with a record of continuous ownership from new, a copy of the original buff logbook and an original Ferrari 330 brochure. A UK V5C will need to be applied for, which Dore & Rees are happy to assist with if required. 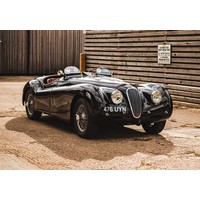 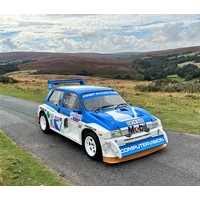