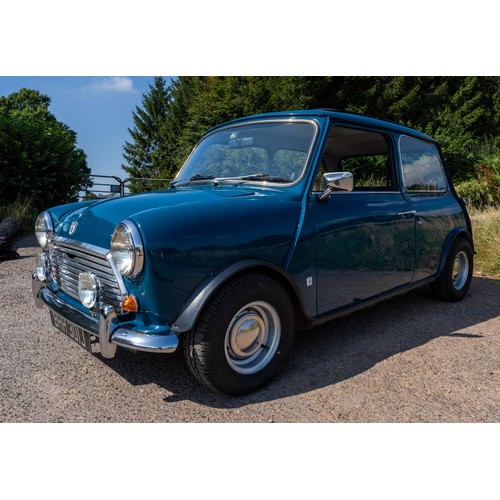 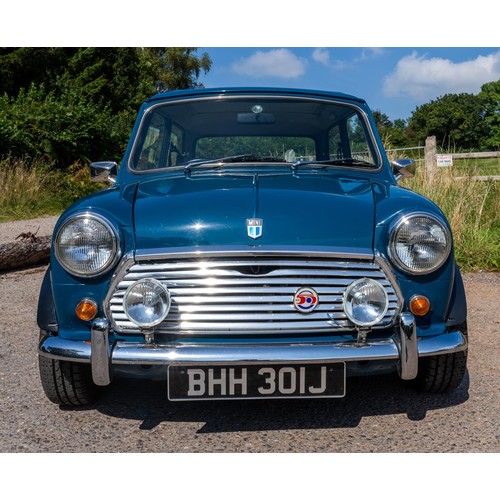 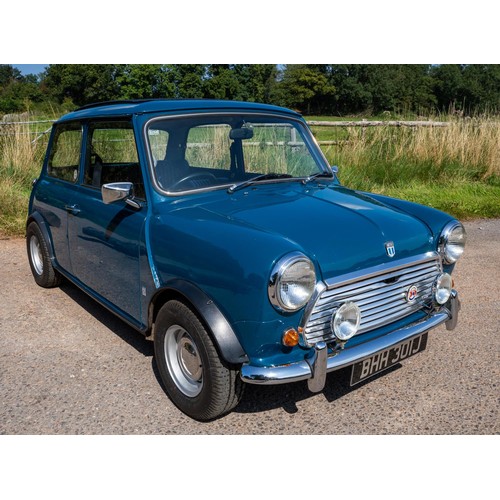 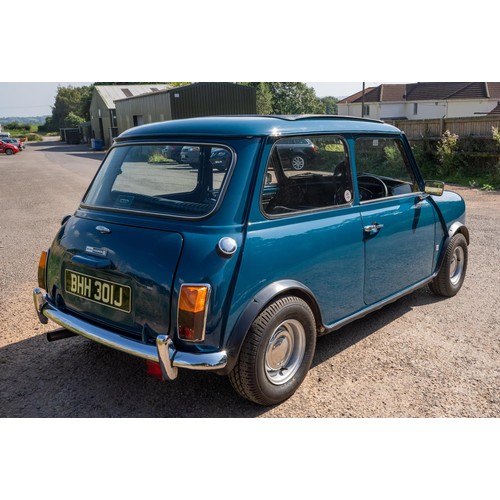 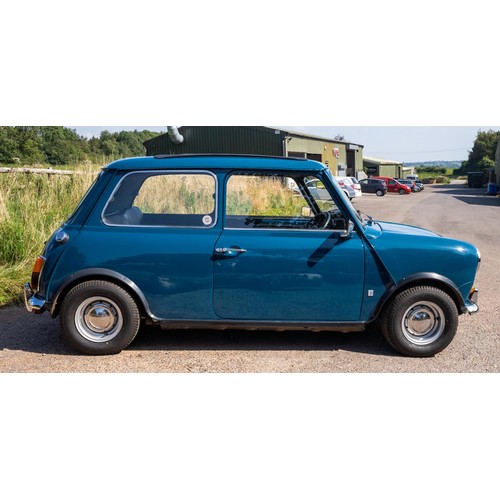 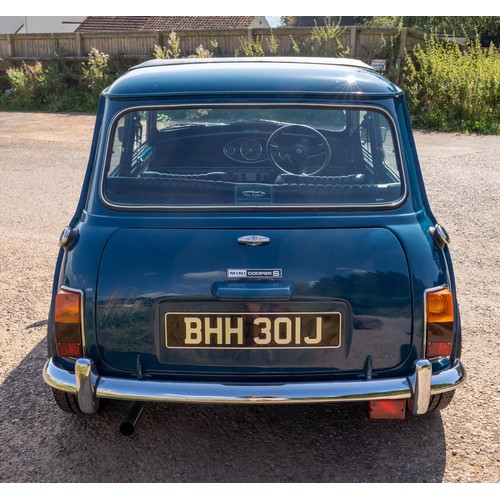 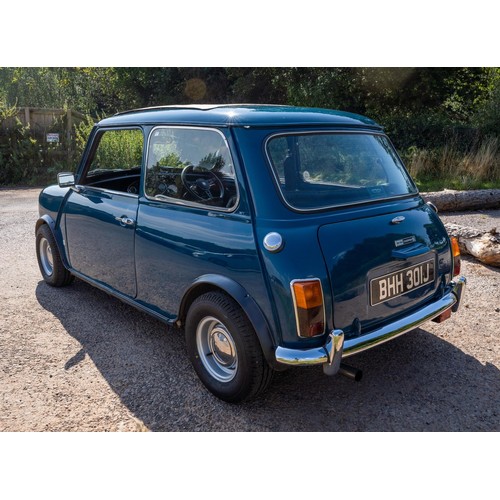 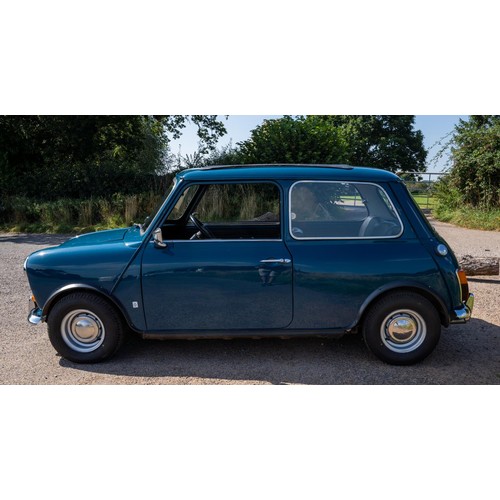 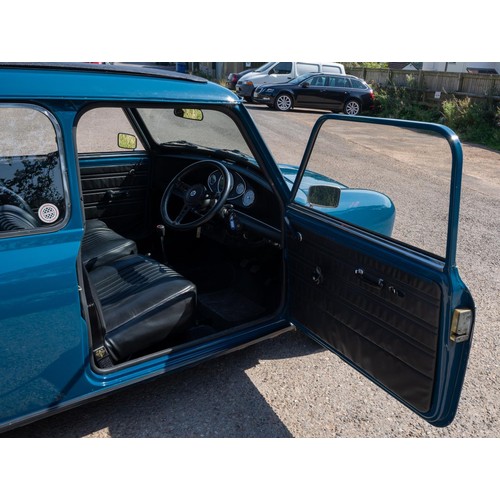 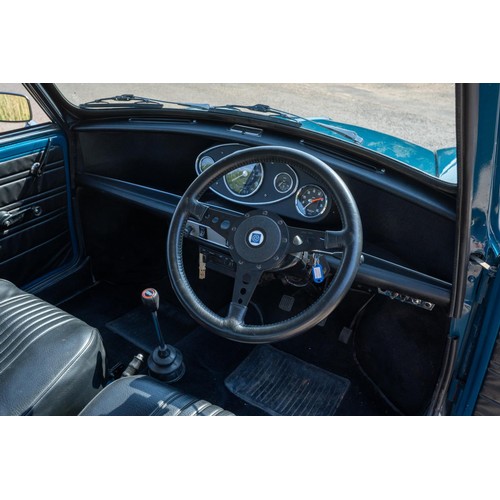 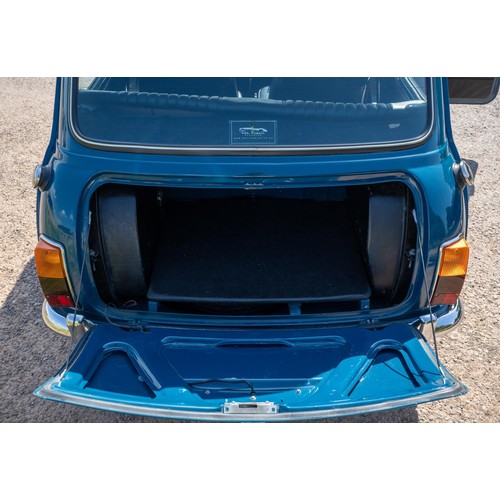 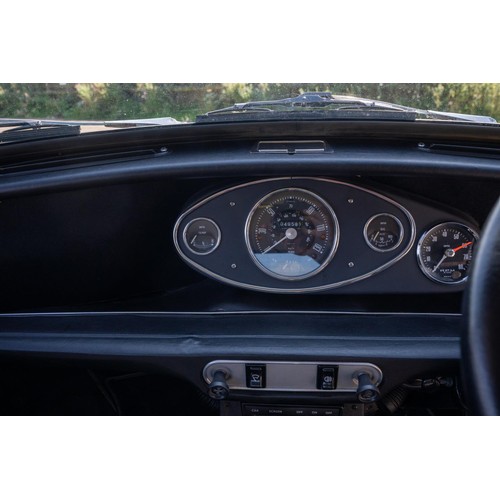 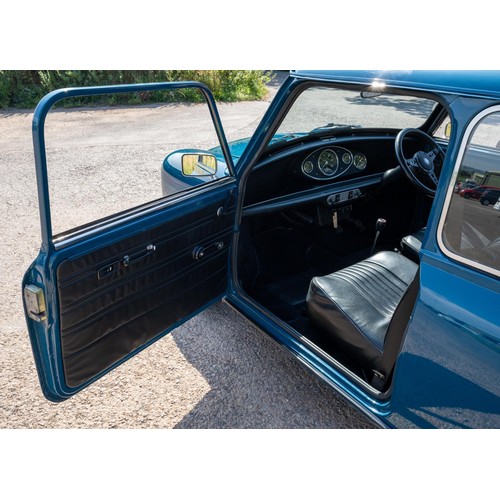 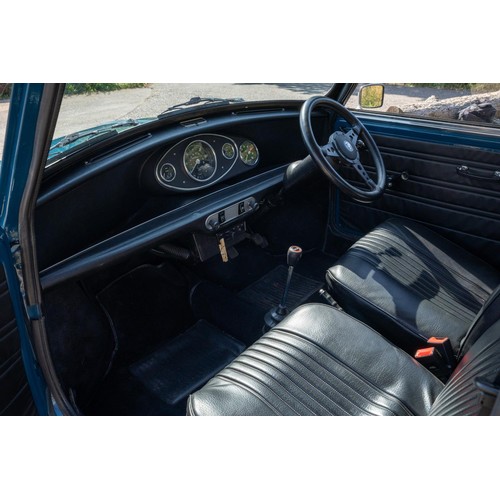 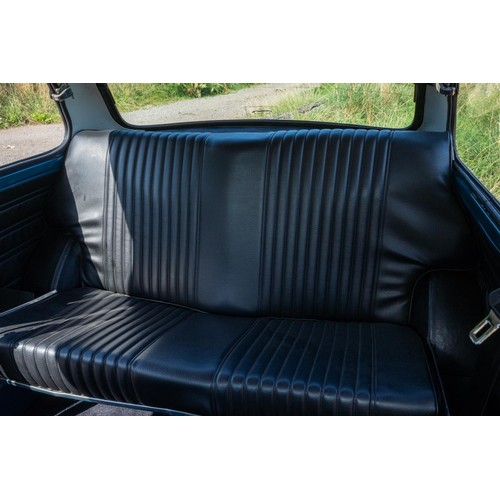 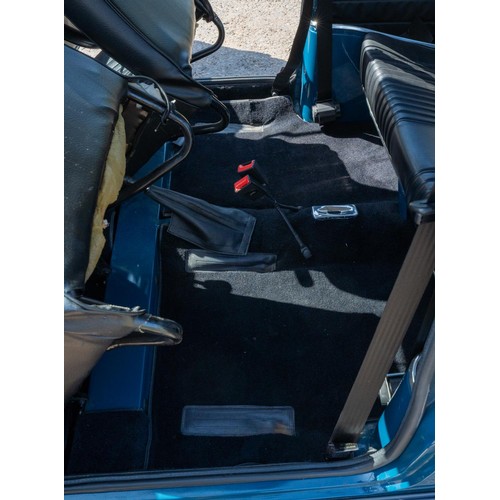 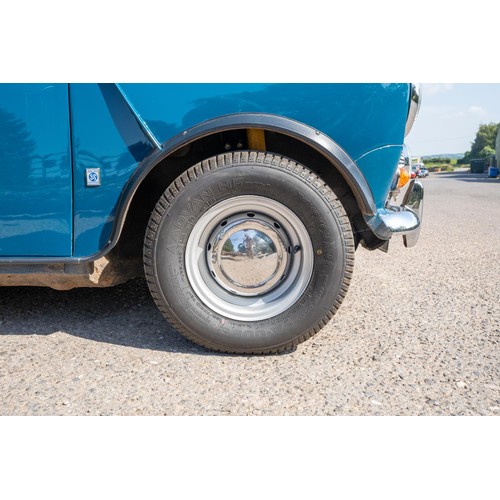 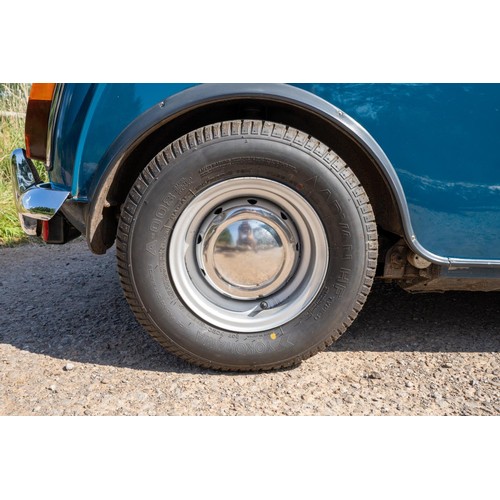 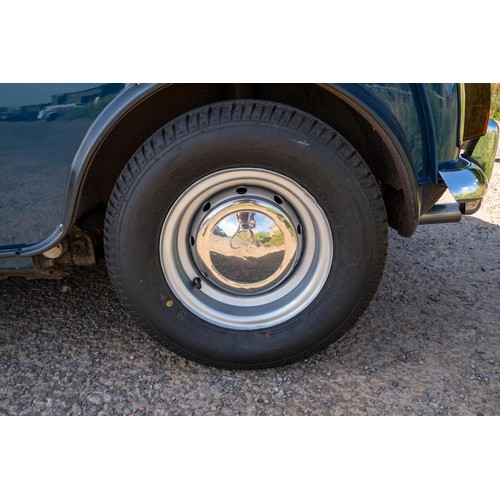 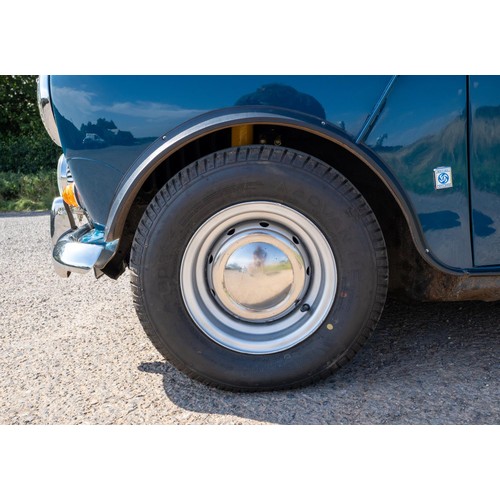 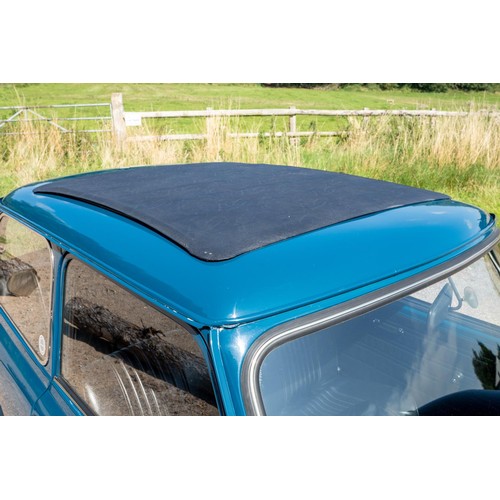 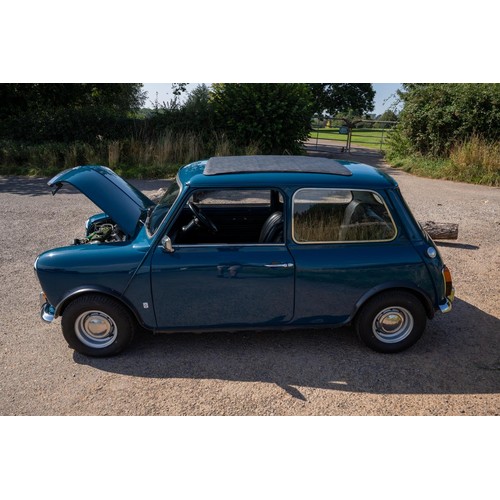 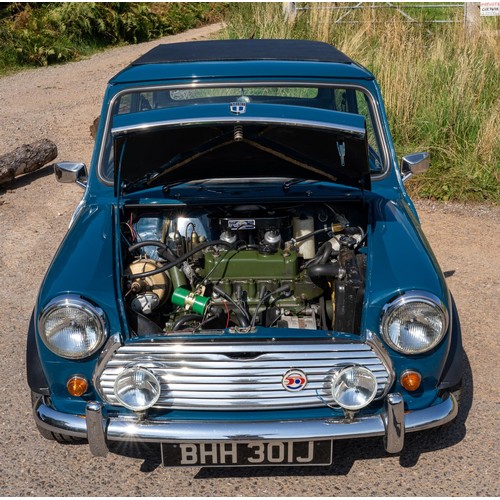 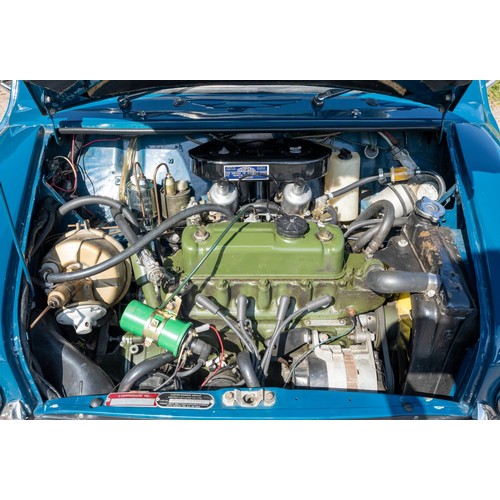 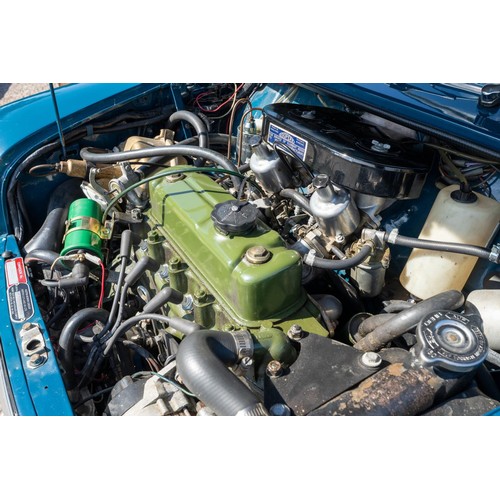 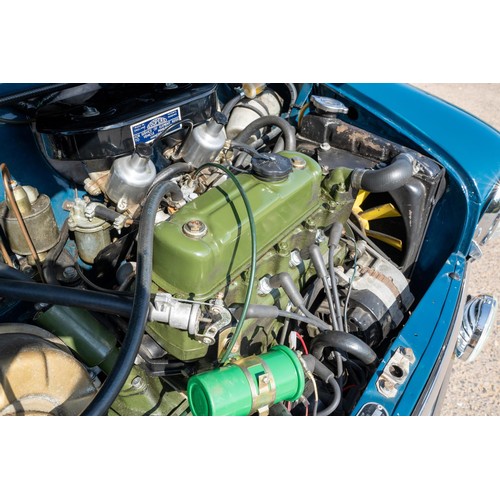 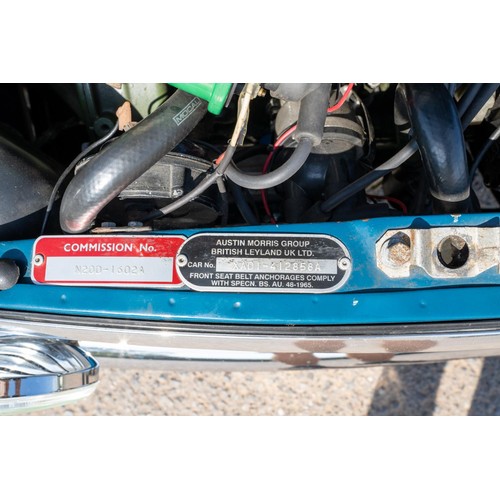 Designed by Alex Issigonis in 1959, a new concept in car design was born. With a monocoque shell, transversely mounted engine and front wheel drive, the new ‘Mini’, soon became popular across a broad spectrum of the population. The potential for competition use was soon seen by John Cooper; BMC were finally persuaded by John Cooper and the two worked together in culminating the birth of the Austin Mini Cooper and the Morris Mini Cooper in 1961. Victories in the 1964, 1965 and 1967 Monte-Carlo Rallies set the Mini on the road to fame but probably the greatest publicity was gained from their, somewhat unfair, disqualification for lighting irregularities in the 1966 event after coming in 1st, 2nd and 3rd. A more powerful Mini Cooper, dubbed the ‘S’, was developed in tandem and released in 1963.

Manufactured between March 1970 and June 1971, the Mark III Cooper S is one of the rarest of all Cooper derivatives, with only 1,570 being manufactured before production ceased. In line with the other Mk III models the body was revised with concealed door hinges, larger rear lights and new front grille.

First registered on 1st August 1971, this very late Mark III ‘S’ is finished in a very rare factory colour of Teal Blue with a black vinyl interior. The Cooper is fitted with desirable period features such as a Motolita leather steering wheel, Webasto full sunroof and Wipac spot lamps.

This little Mini has an interesting history, an original UK home market car, it was purchased by a gentleman in the oil industry who, when he moved to Texas, took his Mini with him. The car resided in the U.S. for a number of years, then was placed into storage before benefitting from an extensive restoration. One or suitable upgrades were deemed suitable - the suspension has been changed for an adjustable “Hi/Lo” kit, allowing better tuning of the suspension settings to achieve the perfect handling balance. Also the dynamo has been replaced with an alternator to improve charging. The Mini sits on the correct 4.5” steel rims.

The Mini Cooper ‘S’ was and still is just about as much fun as you can have on four wheels, this rare restored Mark III with only 3 owners from new and in super condition represents a wonderful opportunity to own a true icon of the era. 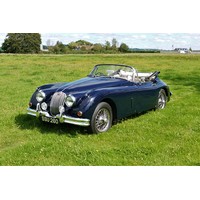 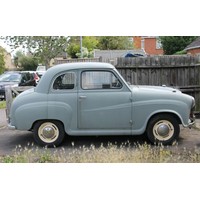