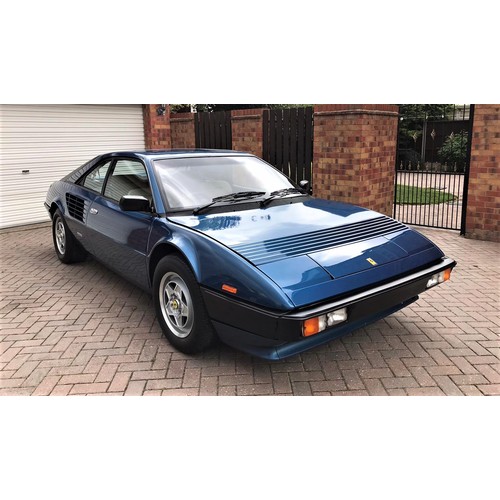 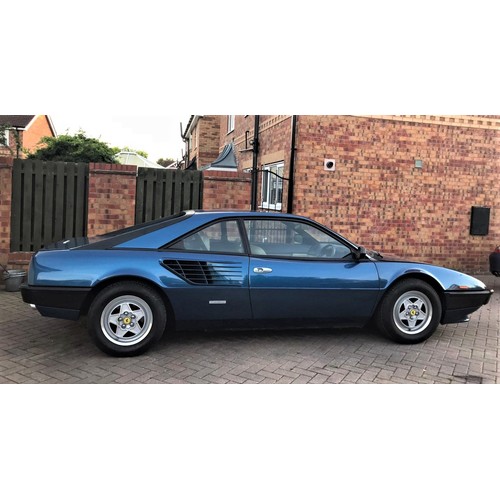 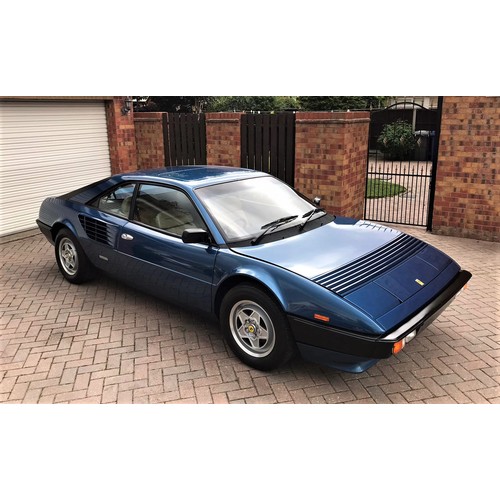 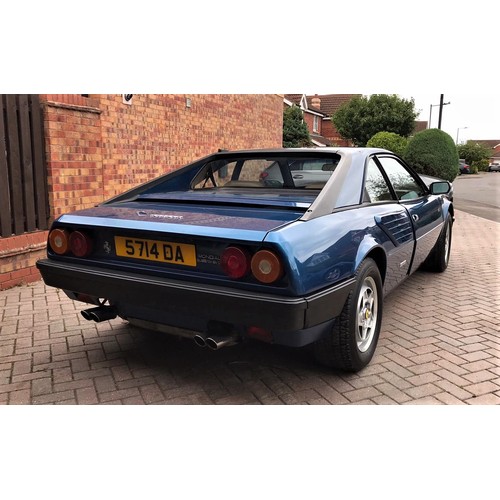 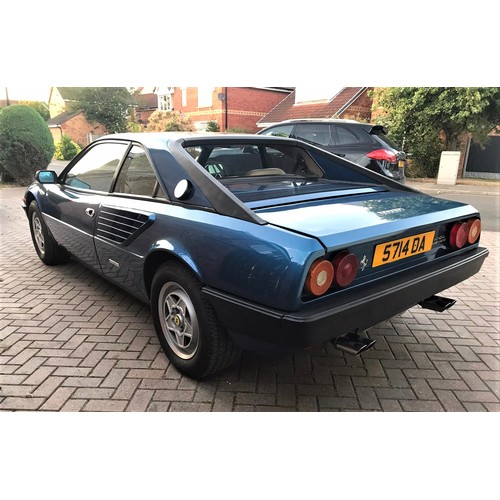 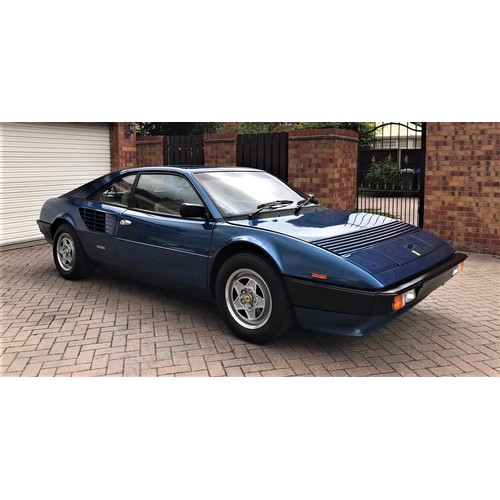 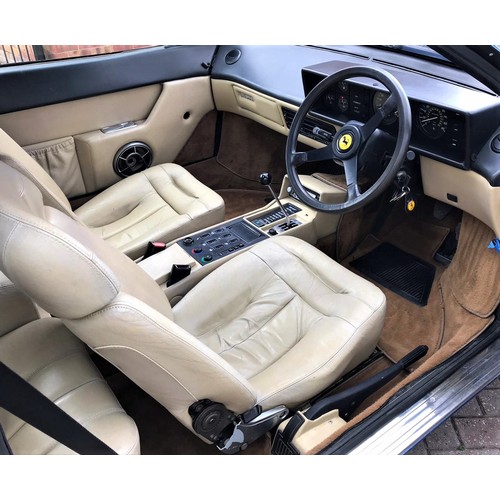 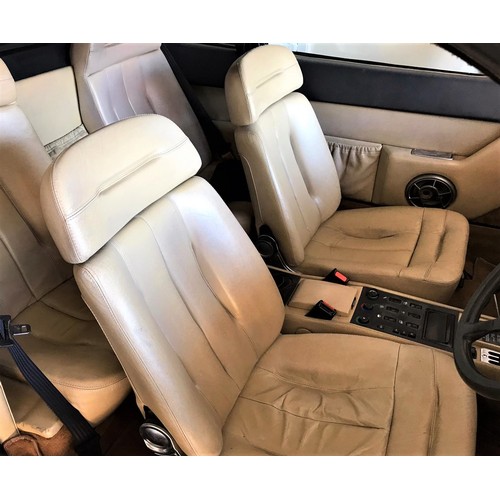 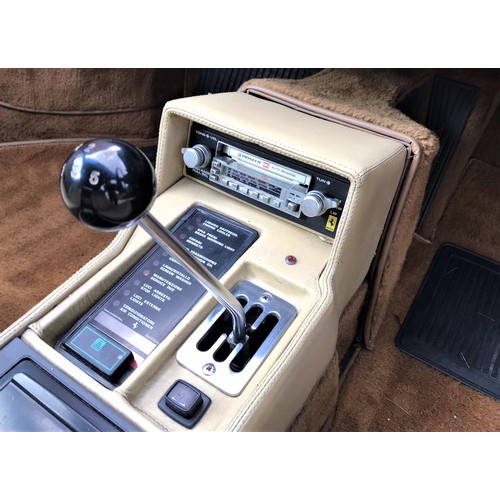 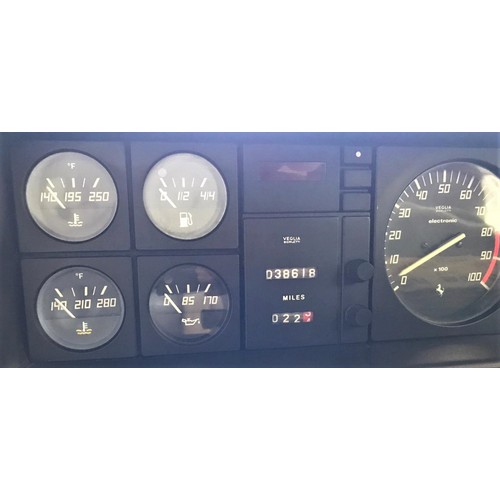 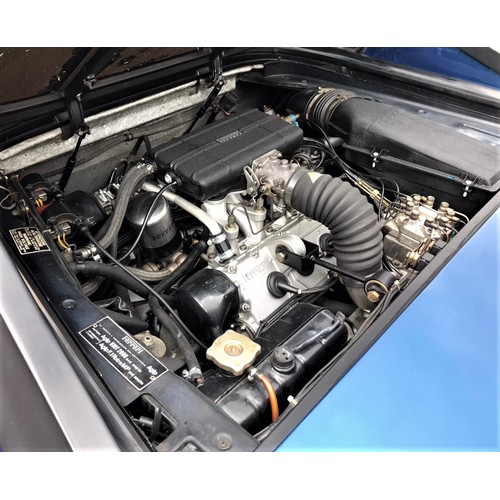 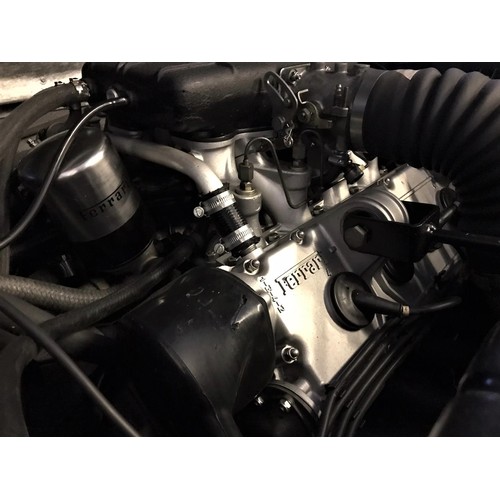 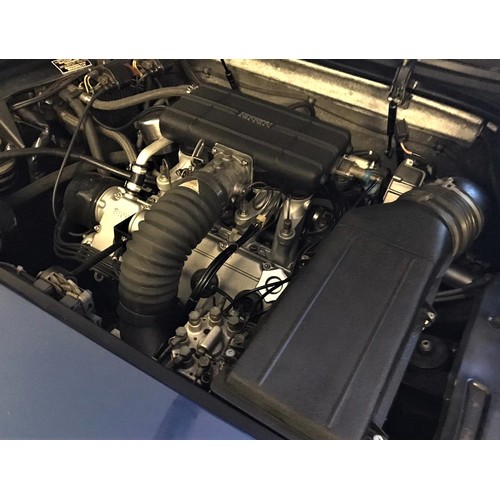 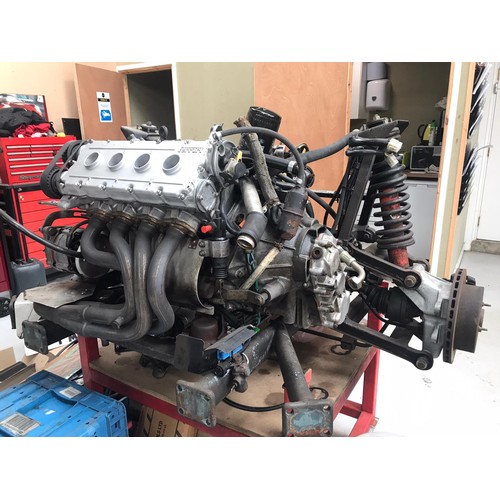 - Three private owners from new, the last since 1988
- Supplied with all books and tools
- Recently recommissioned with all fluids and belts

The Mondial saw Ferrari return to Pininfarina as its choice of styling house, and it was sold as a mid-sized Coupé and, eventually, a Cabriolet. Conceived as a ‘more usable’ model, offering the practicality of four seats with the performance of a mid-range Ferrari, it was aimed at attracting a slightly wider audience than their traditionally more focused two-seaters. The car’s body was not built as a monocoque in the same way as a conventional car but instead, the steel outer body was produced by the famous Italian coachbuilder Carrozzeria Scaglietti, just down the road in nearby Modena and clothed a lightweight steel box-section space frame.

The Mondial Quattrovalvole, or QV, of 1982 boosted power to 240bhp, using a combustion chamber design based on that of Ferrari’s Formula One cars. According to CAR Magazine in 1983: "The Quattrovalvole engine is a turning point in the Mondial's fortunes…now it has the urge to please a wider area of buyers, coupled with the refinement of suspension, ride quality noise suppression and drivetrain smoothness that makes it uncompromisingly modern.”

Only 152 Quattrovalvoles were exported in right-hand-drive for the UK, making them a relatively rare sight on roads today.

Originally purchased from Maranello Concessionaires in December of 1982, attractively finished in Blu Chiaro with a Crema leather interior, this early 4-valve model has clearly been well loved by its three private owners from new. The last owner purchased the Ferrari in 1988 and enjoyed the car for 12 years before storing carefully when moving abroad in 2000. In 2021 the Ferrari was removed from storage and thoroughly recommissioned for use once more. The engine was removed, and all belts, seals and rubber hoses replaced. Various items were soda blasted and where suitable crackle-coated as per original, the fuel injection system was also stripped and rebuilt. Bills are available to support this work, in addition to many receipts for previous maintenance over the Mondial’s life.

Showing just under 39,000 miles from new, this highly original car bears the signs of a well-cared for cherished example. The Mondial is fitted with period-correct TRX tyres on each corner, and its original Pioneer radio/cassette player. The coachwork is in very clean condition, whilst the interior shows a light patina commensurate with its age.

Supplied with a thick file of invoices, stamped service book and original manuals, this is a very genuine example of an affordable yet attractive classic Ferrari. 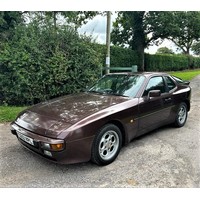 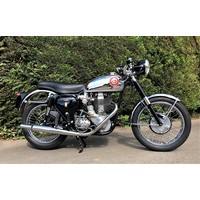